Have a giggle at this one again.
Sis invited my parents to join her for her firm’s Christmas Dinner one year rather than attend on her own since her divorce.
Both of them were looking forward to an entertaining and pleasant evening ‘all paid’  bar drinks, plus they were supporting her at a difficult time.
As with most Company dos, there is usually a ‘party piece’ and this year was no exception.

My sister was taking part in their Beauty Contest and when it came to her turn, she proudly set off round the catwalk in her new frock, smiling at her colleagues as she went.
Just before she got to the end, everyone burst out laughing and she thought either her knicker elastic had broken and her frillies had dropped round her ankles, or the person behind her had fallen over.
When she turned round, she was soon laughing with the rest as Dad was strutting his stuff with his Number on his wrist, doing pirouettes and a fancy swagger like a pro, thoroughly enjoying himself. 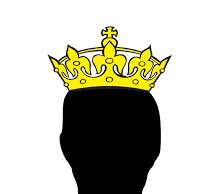 Of course he didn’t win, but was happy with third place, especially as he’d mistakenly thought it was a joke contest, and not at all the serious affair it was intended to be.

But that wasn’t the end of it.

In conversation with a friend of my not-yet-husband-to-be-Ex,  he mentioned attending his girlfriend’s Christmas bash and some idiot getting up and taking part in the Beauty Contest.
With a perfectly straight face I said
‘I know. That was my Dad.’
To enhance his embarrassment further, he had to meet said ‘Idiot’ to discuss his Best Man responsibilities for my forthcoming wedding!

I am a retired number cruncher with a vivid imagination and wacky sense of humour which extends to short stories and poetry. I love to cook and am a bit of a dog whisperer as I get on better with them than people sometimes! In November 2020, we lost our beloved Maggie who adopted us as a 7 week old pup in March 2005. We decided to have a photo put on canvas as we had for her predecessor Barney. We now have three pictures of our fur babies on the wall as we found a snapshot of Kizzy, my GSD when Hubby and I first met so had hers done too. On February 24th 2022 we were blessed to find Maya, a 13 week old GSD pup who has made her own place in our hearts. You can follow our training methods, photos and her growth in my blog posts. From 2014 to 2017 'Home' was a 41 foot narrow boat where we made strong friendships both on and off the water. We were close to nature enjoying swan and duck families for neighbours, and it was a fascinating chapter in our lives. We now reside in a small bungalow on the Lincolnshire coast where we have forged new friendships and interests.
View all posts by pensitivity101 →
This entry was posted in Dad tales, humour, Memories, My life, tongue in cheek and tagged contest, firm's 'do', joke. Bookmark the permalink.