How do you perceive it? Greed as in stuffing your face silly with food, or financial greed from the Utility Companies, Banks or private enterprise?

Bus fares rise because fewer people are using the service. Perhaps fewer people are using the service because they can no longer afford the fare. Eventually services are cut, buses no longer cover the same areas or instead of three buses a day, you get three buses a week. Who can work around that?
Most supermarkets do a home delivery service now, and if you spend more than a set amount, delivery is free, so why go shopping on the bus?

Councils introduced an additional charge for the collection of garden waste some years ago, yet the truck still had to go down the same road to empty one such bin when all other households did not partake in the scheme.  Some people are starting to grow their own vegetables again and having a compost heap in their gardens. Incidentally, this charge has doubled in some areas, possibly through reduced demand. 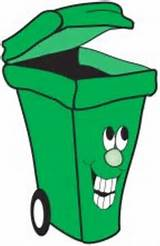 British Gas announced a hike in their electricity prices of some 12½% this year.
Is it no wonder that customers are planning to move their accounts? In some instances though, existing customers may have to pay a penalty fee of up to £80 per supply (so for dual fuel that’s a whopping £160) to leave, which is putting many off and of course what British Gas is relying on. Read the small print dear friends.
We understand that British Gas is the supplier to our new property. Already I am checking out alternatives and can reduce the B.G. estimated usage for a 2-3 bedroom property by over £250 a year. I am a little out of touch with prices, but the example states 3100 kwh of electricity (we were only using 1800 kwh in the cottage which was a much bigger property and thus similar usage will naturally increase our savings) but for gas I have no current comparison and can only go by our costs back in 2007 which was about £400 a year.
I can get a fixed price deal for eighteen months paying much less than the gas company’s, so we will not be taking over the account when we move in. 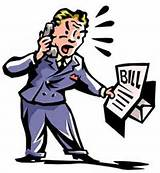 Like supermarket price increases, people are voting with their feet to find alternatives, and leaving accounts, areas or suppliers in their droves.
If you give good service, people usually don’t mind paying a little extra, but charge extortion with nothing in return, and suddenly you are left with very little in the way of clientele and potential new customers will give you a wide berth thanks to comparison web sites and word of mouth. Customer loyalty is fast becoming a thing of the past due to rising prices, inflation, and no wage increases to compensate. 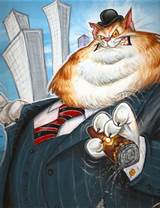 Greed should have an additional definition today :
Financial Suicide to those wishing to make a quick buck without thinking of the knock on effect.

I am a retired number cruncher with a vivid imagination and wacky sense of humour which extends to short stories and poetry. I love to cook and am a bit of a dog whisperer as I get on better with them than people sometimes! In November 2020, we lost our beloved Maggie who adopted us as a 7 week old pup in March 2005. We decided to have a photo put on canvas as we had for her predecessor Barney. We now have three pictures of our fur babies on the wall as we found a snapshot of Kizzy, my GSD when Hubby and I first met so had hers done too. On February 24th 2022 we were blessed to find Maya, a 13 week old GSD pup who has made her own place in our hearts. You can follow our training methods, photos and her growth in my blog posts. From 2014 to 2017 'Home' was a 41 foot narrow boat where we made strong friendships both on and off the water. We were close to nature enjoying swan and duck families for neighbours, and it was a fascinating chapter in our lives. We now reside in a small bungalow on the Lincolnshire coast where we have forged new friendships and interests.
View all posts by pensitivity101 →
This entry was posted in budgets, Challenge, Just a thought, money matters, numbers, observations, Opinions and tagged costs, utility bills, value for money. Bookmark the permalink.