To print or not to print

Or should I rephrase that to
Print damn you, Print!

I hate legal tape, red, white  or whatever colour.
We have taken the plunge and got the ball rolling on purchasing a property………… that only 50% of us has seen.

The pictures look very nice.
The location looks good.
The street view suggests it is surrounded by similar properties.
The Estate Agents have a great sense of humour. 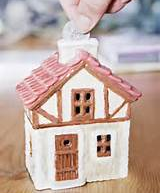 Hubby says it’s very nice.
The location is good and it’s surrounded by similar properties.
The Estate Agents are a laugh, and have cancelled the subsequent three viewings this week following our accepted offer.

Hubby tried to download 6 PDF files of documentation today, only to find our toner cartridge has run out. How bloody stupid that a new cartridge (can only be the trade name too) is twice as much as the damn printer!
So we went up to a Drop In centre and used theirs (Hubby’s done some computer work for them), paying a contribution for paper used. We then photocopied what we’d signed, and got it all in the post today for delivery before 1pm tomorrow.
I rang the solicitor acting for us (a sister office of the same firm is acting for the vendors) and paid our immediate disbursements fees,  so the ball has slowly started to roll.

I’ve said previously we can move quickly, and so far we’ve accomplished

Finding the property
Engaging a solicitor
Proved our identity and availability of funds
Signed and returned the initial paperwork
Paid the upfront disbursement fees.

All this since Monday! Yes, this Monday just gone, ie August 21st.

Note:
We have also gone out and bought a new printer with an ink cartridge for less than a third of the price of a toner cartridge for our existing one.

I am a retired number cruncher with a vivid imagination and wacky sense of humour which extends to short stories and poetry. I love to cook and am a bit of a dog whisperer as I get on better with them than people sometimes! We have recently lost our beloved dog Maggie who adopted us as a 7 week old pup in March 2005. We decided to have a photo put on canvas as we had for her predecessor Barney, and now have three pictures of our fur babies on the wall as we found a snapshot of my GSD so had hers done too. From 2014 to 2017 'Home' was a 41 foot narrow boat where we made strong friendships both on and off the water. We were close to nature enjoying swan and duck families for neighbours, and it was a fascinating chapter in our lives. We now reside in a small bungalow on the Lincolnshire coast where we have forged new friendships and interests.
View all posts by pensitivity101 →
This entry was posted in Challenge, current events, diary, house hunting, money matters, My life and tagged house hunting. Bookmark the permalink.

10 Responses to To print or not to print