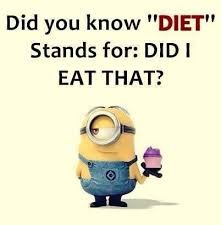 From my “expert armchair”, I could already sense where they were going wrong, eating what they thought was a healthy diet with plenty of fresh fruit and veg, but forgetting the little things in packets and extras that didn’t make it into the meal or to a dinner plate .
Both had a shock when they got on the scales.
Both got an even bigger shock when it was proven just how many calories they were consuming.

He loves to cook, and made a healthy mousakka. His cheese sauce contained 2700 calories. He cooks with butter and a litre of oil for his roast. He picks as he cooks, crisps, dips, cookies (250 calories each).
She loves to eat and sample what he cooks as he’s cooking. She also has his leftovers, takeaways, and chips with both mayo and ketchup.

Once they realised they were secret eaters (or absent-minded ones), they went on a healthy eating programme, he on 2500 calories a day and she on 1800.
In five weeks, she lost 15lbs, and he lost 10lbs.
He’s ditched the butter and oil in his cooking, they weigh everything and stopped having takeaways.

I know why our extra pounds are creeping back on. Part is we don’t have so far to walk for Maggie or for using the marina facilities, but most is our eating habits just now.
Yes, I cook as healthily as I can, have loads of fresh fruit and veg, lean meats, rice, pasta, most meals from scratch. I make sauce for our McCheeses or cauliflower cheese, but I don’t use butter, neither do I use a whole slab of cheese for it (200g makes a sauce for the three of us). 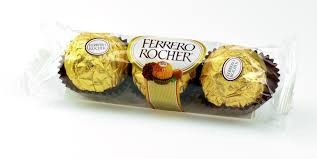 Remember my birthday Ferrero Rocher?
The box is still unopened on the bedside table and the two packets of cheese and onion crisps I bought a little while ago are intact in the cupboard (lost out to prawn crackers).
It’s those darn biscuits that are demolishing my will power! 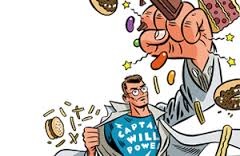 I am a retired number cruncher with a vivid imagination and wacky sense of humour which extends to short stories and poetry. I love to cook and am a bit of a dog whisperer as I get on better with them than people sometimes! In November 2020, we lost our beloved Maggie who adopted us as a 7 week old pup in March 2005. We decided to have a photo put on canvas as we had for her predecessor Barney. We now have three pictures of our fur babies on the wall as we found a snapshot of Kizzy, my GSD when Hubby and I first met so had hers done too. On February 24th 2022 we were blessed to find Maya, a 13 week old GSD pup who has made her own place in our hearts. You can follow our training methods, photos and her growth in my blog posts. From 2014 to 2017 'Home' was a 41 foot narrow boat where we made strong friendships both on and off the water. We were close to nature enjoying swan and duck families for neighbours, and it was a fascinating chapter in our lives. We now reside in a small bungalow on the Lincolnshire coast where we have forged new friendships and interests.
View all posts by pensitivity101 →
This entry was posted in diary, film/tv/book, food, weight issues and tagged diets, TV. Bookmark the permalink.