One day off, and we start again

Yesterday we deliberately did NOT look at property.
Both of us being shattered, the last thing we wanted was to get boggle eyed again looking at details of properties we had probably already discounted.
So what did we do instead?
Not much actually. In fact, it was such a brilliant day, I can’t remember!

I know we did some shopping in the morning after Hubby’s INR and collecting our prescriptions for the next two months.
Checking my receipts for my spreadsheet today I’ve been caught on a few things, which serves me right in a way for being so lackadaisical in my familiarity (which supermarkets bank on).
In short, the fruit was not 2 for £3 anymore, but £2 each, so that added a pound for raspberries and blueberries. Also, the meringue nests have gone up from £1 to £1.20, so there’s another twenty pence, prawn crackers from 59p to 89p  and my 5% fat minced beef up from £2.79 for 500g to £3.19. 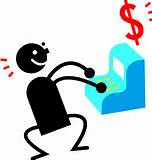 In the afternoon, MSM’s cleaners came in, so we made ourselves scarce rather than have the dog get underfoot, especially as they go right through the house which includes washing the floors. They are really good, the house is spotless and smells so fresh when they’ve finished!

We’ve always been curious as to how to get to the hilltop we see often on our way into town, and so turned left onto a narrow road to explore.
Subsequent roads were narrower, eventually becoming a single track with passing places, but then we have had plenty of practice with those recently on our house hunting travels.

We stopped at a beauty spot where several public footpaths meet, and got out to look around.
Typical of me, I was wearing the most inadequate shoes (mules) for hiking, but I pressed on through the gate and along the grassy path to the top of the hill.
We saw evidence of rabbits and deer, and what looked like an old den but for what we have no idea as it was too high for foxes or badgers.
The view was spectacular, and of course we didn’t have the camera, so I’ve taken these from google. 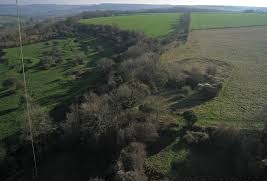 Coming home, we continued up the narrow track only to reverse back down not once, but twice due to oncoming traffic. We eventually joined the main road only to find it closed in the direction we wanted to go, so had yet another detour taking us through some quaint and pretty villages.

It had made a pleasant change to get out and explore somewhere local!

Today, we have gone back on the internet and have four properties lined up to view on Monday 31st. There are two of particular interest, and a good third is playing hard to get!
We tried to view it three weeks ago but it was the agent’s auction day and no-one was free to accommodate us.
Saying that though, it is one of three on with the same agent (although different offices) and they were able to book viewings on all of them for us in a round-robin. It will mean a very early start as the first viewing, which is not through them, is at 9.45.
Over the next few days, Hubby will be working out routes and printing off details again.
But at least we can have a few days of property peace beforehand this time.

I am a retired number cruncher with a vivid imagination and wacky sense of humour which extends to short stories and poetry. I love to cook and am a bit of a dog whisperer as I get on better with them than people sometimes! We have recently lost our beloved dog Maggie who adopted us as a 7 week old pup in March 2005. We decided to have a photo put on canvas as we had for her predecessor Barney, and now have three pictures of our fur babies on the wall as we found a snapshot of my GSD so had hers done too. From 2014 to 2017 'Home' was a 41 foot narrow boat where we made strong friendships both on and off the water. We were close to nature enjoying swan and duck families for neighbours, and it was a fascinating chapter in our lives. We now reside in a small bungalow on the Lincolnshire coast where we have forged new friendships and interests.
View all posts by pensitivity101 →
This entry was posted in current events, diary, food, Just a thought, Maggie, miscellaneous, money matters, observations and tagged relaxation, shopping, walks. Bookmark the permalink.

2 Responses to One day off, and we start again