Ah yes, we remember it well

Estate Agents never change, and the Internet is still misleading. 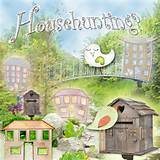 Hubby and I were up and out on the road by 7am. MSM was looking after Maggie for the day, which is just as well as it has been one of the hottest of the year so far. It’s almost 11pm now and the pair of us are still sweating profusely despite all the windows being open.

We had three properties to view, a round trip of over 240 miles, but they were all detached bungalows, the bathrooms of which had already been converted to disabled living (√).
We had tried to arrange a fourth viewing, but the agent wouldn’t play ball saying their offices were closed due to it being their Auction Day, and there was no-one available (or the vendor who was elderly and so fair enough) to accompany us.

Our first appointment was for 10am, and we arrived with almost an hour to spare, so parked up, had a look around the town and nipped into a cafe for a cuppa and to use the loo.
Nice place. Lovely people. Great cup of char (√).
The property was in a quiet cul-de-sac within walking distance of the town. It was a bit of a maze to get there, but it was worth the journey.
Two large bedrooms and a smaller third, kitchen diner, and a lovely lounge. Off road parking, workshop, manageable garden, WASHING LINE, and fantastic views of the mountains in the distance.
Drawback was it needed to be rewired and also the roof needed to be refelted.
If we put in an offer, it would be considerably less than the asking price.

Our second appointment was midday with the vendor himself.
The lounge was nice, and the kitchen diner a good size. The 2 bedrooms were a little on the small side, and I’d guess what had been the largest bedroom was converted to a bathroom and the utility area was the original shower room and separate WC.
However, it would appear that half of the garden had been sold off, so you only had a small strip right at the back of the property and to one side.
It was riddled with damp, some settlement but nothing too drastic, but all the woodwork was rotten and the central heating boiler at least forty years old. Another rewiring job too.
The photograph had suggested a much larger plot than it actually was as there was no walk way between it and the property on the left and the off road parking to the right was right up against the other neighbour’s fence.
Being the most expensive of the three, it just was not worth the money.

We both had high hopes for our final property, but our viewing wasn’t until 6.30 so we had a lot of time to kill. We went into Aberaeron for lunch as we’re familiar with the estate agents there.
What a surprise to find three people manning the office of the autioneering agents!
We had more luck with one of the others, who gave us a list of properties and have put us down on one of the search engine websites with our criteria.
The third agent took us back a few years as despite Hubby checking all of their properties in our price range for availability on the internet last night, every single one was either SOLD STC or under offer. The excuse was that it wasn’t their responsibility to keep the internet updated.
This happened both three and ten years ago when we were looking before, when properties were advertised as available but weren’t.

We went into Newcastle Emlyn, another place we were familiar with, and found several properties, a couple of which we found to do drive bys.
One had no garden at all, and another had a sheer drop at the back.
There was a property of particular interest as it had fishing rights along 100 yards of the river, but that too was suffering from subsidence, and already several people were offering way above the asking price so we walked away.

We got to our final appointment over an hour and a half early, so had a good look around.
From a distance, it look ideal, backing on to woodland, detached with lots of space round it.
Looking through the windows it looked tidy inside with a nice fitted kitchen diner, 3 bedrooms and separate lounge.
We were almost excited.
Until we went round the back and had a closer look.
Evidence of subsidence was everywhere. The surrounding pavement was coming away from the building, the steps down to the patio had cracked, each and every window had a crack in the corner stretching into the brickwork and running along the line of the mortar, in some instances the bricks had also started to crack. The row below the damp course was at a different level to the one above it, and there was a gaping hole under the back doorstep where everything had moved.
The woodland was another sheer drop to a small stream, and the back patio was leaning precariously close to it!

Not for us, and I was gutted.
We tried to cancel our viewing, but had no signal for either of our mobile networks. Eventually we got high enough coming home to leave a message on the ansaphone in the office to apologise, and first thing when we got back I sent a follow up email.

It’s been a long day and we’re exhausted. Thirteen hours, ten of which was driving, so hopefully I’ll catch up with everything tomorrow.

Note:
The diet has gone on holiday as I tucked in to fish and chips (left the batter so technically it was free) and had ice cream for dessert. Then of course there was the sugar fix. A lot.
Maybe this will give the system a kick-start! (or a kick up the butt)

I am a retired number cruncher with a vivid imagination and wacky sense of humour which extends to short stories and poetry. I love to cook and am a bit of a dog whisperer as I get on better with them than people sometimes! In November 2020, we lost our beloved Maggie who adopted us as a 7 week old pup in March 2005. We decided to have a photo put on canvas as we had for her predecessor Barney. We now have three pictures of our fur babies on the wall as we found a snapshot of Kizzy, my GSD when Hubby and I first met so had hers done too. On February 24th 2022 we were blessed to find Maya, a 13 week old GSD pup who has made her own place in our hearts. You can follow our training methods, photos and her growth in my blog posts. From 2014 to 2017 'Home' was a 41 foot narrow boat where we made strong friendships both on and off the water. We were close to nature enjoying swan and duck families for neighbours, and it was a fascinating chapter in our lives. We now reside in a small bungalow on the Lincolnshire coast where we have forged new friendships and interests.
View all posts by pensitivity101 →
This entry was posted in change, diary, house hunting and tagged property market. Bookmark the permalink.

3 Responses to Ah yes, we remember it well