Hubby and I are going down to see my Mum tomorrow and meet up with my sister-in-law who is over from NZ, so we will be setting off early to have the maximum amount of time with them both.
Rather than go to our usual SW meeting, N and I went for the early one instead, but didn’t stay. We caught up on our week, but will be meeting for coffee on Friday with the Hubbies.

She was on a ‘grace week’ last week as she had dropped over three pounds below her target weight. However, there is a little confusion as her target certificate shows three pounds lighter than what the Consultant believed, so she was not outside her parameters at all.
This week, she has put on a pound which she puts down to wearing different trousers, keeping her socks and blouse on, and also have a little bit of change in her pocket.
I on the other hand have lost another half a pound, a whole eight ounces, but I’m thrilled as at least it’s still coming off.

This week I have been attacking the fruit again (too much probably when I look at my food sheet and see how much I’ve spent on raspberries and blueberries this month!) and also had a few salads, so I am trying to change my food routine and hopefully give the scale a nudge in the right direction every week. Only three to go now on this course and I’m aiming for that three stone certificate at least by the end of it. 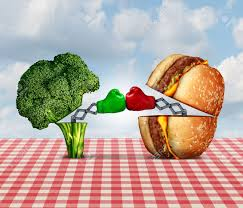 I am a retired number cruncher with a vivid imagination and wacky sense of humour which extends to short stories and poetry. I love to cook and am a bit of a dog whisperer as I get on better with them than people sometimes! In November 2020, we lost our beloved Maggie who adopted us as a 7 week old pup in March 2005. We decided to have a photo put on canvas as we had for her predecessor Barney. We now have three pictures of our fur babies on the wall as we found a snapshot of Kizzy, my GSD when Hubby and I first met so had hers done too. On February 24th 2022 we were blessed to find Maya, a 13 week old GSD pup who has made her own place in our hearts. You can follow our training methods, photos and her growth in my blog posts. From 2014 to 2017 'Home' was a 41 foot narrow boat where we made strong friendships both on and off the water. We were close to nature enjoying swan and duck families for neighbours, and it was a fascinating chapter in our lives. We now reside in a small bungalow on the Lincolnshire coast where we have forged new friendships and interests.
View all posts by pensitivity101 →
This entry was posted in Weight Programme and tagged result week three. Bookmark the permalink.