How can shopping be interesting any more?

I have got really fed up with shopping, and I mean REALLY fed up.
It’s not just the price hike, or trying to shop healthily on our budget, but everything just looks so tired!

Looking through the cupboards today I thought I ought to make a list as they were looking a little bare.

Keeping a tight rein on our expenditure, I overspent on the food budget in January by about £20 which doesn’t sound a lot but when you equate it to £5 a week and our food bill averages out at around £35, that’s quite a difference. Our Yorkshire tea bags were on special offer last month so I bought three boxes which should last us most of the year, but that only accounted for half of it.
I’ve stayed within budget for February though, even shaving off a couple of pounds, but that’s only because we’ve been going through our store and using up stuff with a close Best Before date.

I am so sad, but I actually got a little excited at the prospect of making a list because it meant I would be shopping with a purpose next week and not just to eat at random. 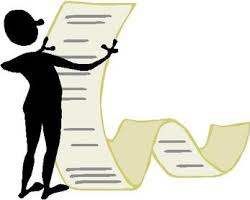 It was short-lived (as well as a short list).

We are fine for staples like cereal, pasta and rice, but our tinned meal reserves need a little boost. We discovered a pretty decent chicken curry for less than a pound and having checked out the syn value, it’s not too bad at all, plus it helps with portion control.
I need to replace the tins of pineapple I’ve used recently, plus baked beans.
Milk this week has taken a hammering as we’ve had extra cereal plus I made a cheese and gammon gunge to go on our jacket potato the other day (picture lost due to camera problem). I picked up 2 large gammon steaks for a pound, and we only needed one between us, so that was two meals.
I stopped buying bread weeks ago as we just ended up throwing it away, and I haven’t bought a tub of spread or butter since starting with SW last June.
Crackers are always a good standby in the cupboard, and the ones I buy are in individual packs of 4 so just right for one sitting. Having them with cheese makes a nice change from having to cook twice in the day, so I shall be buying some of that too, though certainly not the large 850g slab I used to as once again I threw over half of it away.

Our eating habits have definitely changed, and although I am trying to keep up with plenty of fruit and veg for myself, Hubby’s plate is looking decidedly dull and empty.
Anything with rice and he’s a happy bunny, so I could do homemade curries and sweet and sours every day. I like my jacket potatoes, so I can always have one of those but do rice for him with whatever else I’m cooking.
However, I am just so bored going into the same shops, seeing the same merchandise where the only difference from one day to the next is a price rise, and if I’m truly honest, I am running out of ideas as to what to cook for us!

This is always a bad move especially when trying to lose weight as the nibbles/munchies start to take hold and although my intentions are good, those biscuits find their way into the shopping basket be they on the list or not. 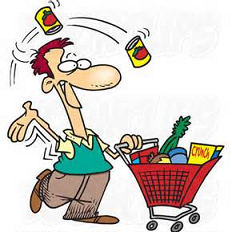 My list so far consists of a mere twelve items (several, like milk, are multiples) at an estimated cost of less than £25. This is just for edibles though as we are well stocked on toiletries and cleaning products.

Sometimes I wonder if there’s any hope for me at all!

I am a retired number cruncher with a vivid imagination and wacky sense of humour which extends to short stories and poetry. I love to cook and am a bit of a dog whisperer as I get on better with them than people sometimes! We have recently lost our beloved dog Maggie who adopted us as a 7 week old pup in March 2005. We decided to have a photo put on canvas as we had for her predecessor Barney, and now have three pictures of our fur babies on the wall as we found a snapshot of my GSD so had hers done too. From 2014 to 2017 'Home' was a 41 foot narrow boat where we made strong friendships both on and off the water. We were close to nature enjoying swan and duck families for neighbours, and it was a fascinating chapter in our lives. We now reside in a small bungalow on the Lincolnshire coast where we have forged new friendships and interests.
View all posts by pensitivity101 →
This entry was posted in budgets, food, humour, observations, shopping and tagged boredom, food shopping, price rises. Bookmark the permalink.

10 Responses to How can shopping be interesting any more?