Time for a rant.
In fact, I am so livid, I have drafted a letter to our town council which will be sent off by email as soon as our internet is up and running again (busy weekend with visitors, so have had to do a lot of my work off-line today).

I have a dog, and in walking said dog, I carry an endless supply (almost) of poo bags in my pocket, or attached to her lead in one of those bone dispenser things.
The doggie waste disposal bin in the cut through is out of commission because some idiot decided to cram it full of beer cans and the like, and busted the lid. It is now shrouded in a black bin liner, and has been like this for well over a week. 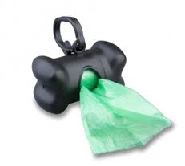 That is not my gripe, as Maggie does her business in more than one place on our walks, and there are other bins en route for doggy waste or normal litter, so there is no excuse for having nowhere to dispose of those little ‘packages’.

My gripe is the amount of dog sh!t that is left unattended, mainly by one individual if the  size, colour and texture of the dog stools are anything to go by.
It’s bad enough being in the grass (where kids play by the way), but what has really pi55ed me off is that said dog has crapped by the bin itself, and it has just been left! Not sealed in a bag, blue, green, red, black, perfumed or otherwise, but just left to rot and stink out the neighbourhood.
Even worse, on the way to making this localised deposit, there is a dotted line of auburn dog poo leading the way.

To the owner of said dog (and any other of the culprits who I hope get poetic justice by stepping in someone else’s pets and taking it inside their homes):

CLEAR UP YOU LAZY SOD!

I am a retired number cruncher with a vivid imagination and wacky sense of humour which extends to short stories and poetry. I love to cook and am a bit of a dog whisperer as I get on better with them than people sometimes! We have an elderly dog called Maggie who adopted us as a 7 week old pup in March 2005. From 2014 to 2017 'Home' was a 41 foot narrow boat where we made strong friendships both on and off the water. We were close to nature enjoying swan and duck families for neighbours, and it was a fascinating chapter in our lives. We now reside in a small bungalow on the Lincolnshire coast where we have forged new friendships and interests.
View all posts by pensitivity101 →
This entry was posted in Dogs, health, Just a thought, miscellaneous, observations, Opinions, people, Uncategorized and tagged bins, council, dog mess, irresponsibility, owners. Bookmark the permalink.

19 Responses to Scoop the Poop