Battle of the Sexes

This is our third winter on the boat and we have made our way into each Spring without incident, other than a bout of second-hand germs from those living in property.
Poor Hubby is suffering today with the sniffles, an aching head and racking cough.

There is only one place he could have picked this bug up, and it’s not the first time it’s happened.

In contrast, and totally not to blame in this instance, a member of the marina staff has recently had time off poorly. 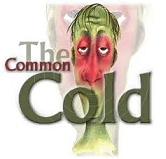 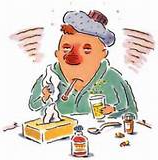 When Hubby told me this, I looked at him in stunned amazement.
‘Whatever happened to Man Flu?’ I asked.
‘He definitely said Woman Flu, and I told him that you would rib him something awful when you found out.’

I agree that men can sometimes suffer terribly with cold/flu symptoms and I am not unsympathetic, provided they are not milking it like a dairy farm and are prepared to sweat it out in one place (ie. bed) rather than sitting in front of the TV with a takeaway and a pint (don’t go there, and no, this was not Hubby).

But to say he’s got Woman Flu?

Here’s my take on a woman being poorly.
She gets up and gets on with it regardless.
She cooks and cleans, looks after the kids and does the shopping.
Not for her taking to her bed and expecting to be waited on hand and foot even if she does feel like

I am a retired number cruncher with a vivid imagination and wacky sense of humour which extends to short stories and poetry. I love to cook and am a bit of a dog whisperer as I get on better with them than people sometimes! In November 2020, we lost our beloved Maggie who adopted us as a 7 week old pup in March 2005. We decided to have a photo put on canvas as we had for her predecessor Barney. We now have three pictures of our fur babies on the wall as we found a snapshot of Kizzy, my GSD when Hubby and I first met so had hers done too. On February 24th 2022 we were blessed to find Maya, a 13 week old GSD pup who has made her own place in our hearts. You can follow our training methods, photos and her growth in my blog posts. From 2014 to 2017 'Home' was a 41 foot narrow boat where we made strong friendships both on and off the water. We were close to nature enjoying swan and duck families for neighbours, and it was a fascinating chapter in our lives. We now reside in a small bungalow on the Lincolnshire coast where we have forged new friendships and interests.
View all posts by pensitivity101 →
This entry was posted in change, diary, health, tongue in cheek and tagged flu, humour, man flu. Bookmark the permalink.

7 Responses to Battle of the Sexes