The Future at Our Door

Technology has come a long way since colour TV, the first ATMs and mobile phones.
Now they are talking about Internet Services being accessible through everyday household items such as fridges. That little light that comes on every time you open the door could be doing more than letting you know the power’s on.

This is a work of fiction, some ideas based on Sci Fi films, books, and well……. technology. 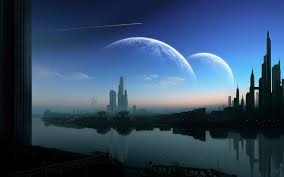 George Orwell had been right. Big Brother was indeed watching you, but it had gone beyond watching decades ago.
The Human Mind was now incapable of free thinking, ideas having been implanted at artificial conception, that it was unnecessary to ‘do’ anything for oneself.
Living quarters were operated by computer chips under the skin, lights therein by the weakening sun’s rays as they sank below sensors in the streets, inside temperatures adjusted by the body heat of the individual .
Personal contact was by means of electronic gadgetry, from watches to jewellery, hair accessories or tiny ear pieces that could be mistaken for hearing aids, which were of course remnants from the past.
Direct Interaction was controlled, and always under the watchful eye of some lens in specific areas designated for ‘meeting’.

IOT (Internet Of Things) had been replaced by ATI (All Things Internet) in the mid 2020s. Everything was connected, and people became just a link in the long technical chain of life.
Household chores and shopping too had gradually disappeared to join the ranks of things past.
Software had been programmed into washing machines that automatically operated on weight as everyone put dirty laundry straight into a machine and meals were prepared in vast factories to control nutritional needs, calories and obesity. Fridges calculated the freshness and quantity of the contents, flashing details of what was needed up on a huge monitor which doubled as an entertainment screen built into walls of modern complex buildings.
The data was processed and goods delivered to the door, payment made with a flick of the wrist. Physical money had been dispensed with years before, card payments obsolete as Internet Banking had gone one stage further with Governments now having control of the entire Nation’s purse, knowing exactly how much each individual was worth, and monitoring, restricting and allocating their spending accordingly.

Ideas that had been developed as progress in the Technology Industry had overtaken logic, free will, and choice. Everyone was now a reflection of everyone else, row upon row of designed ‘perfect beings’ each going about their pre-destined business like the drones of the last millennium’s Stepford Wives.

Up in the Control Centres, The Elite, chosen for their servitude, were all programmed to comply without question, without thought, and without remorse.
For those frail, aged, sick, disabled, or dying, they were made comfortable in the Health Centres, cared for by artificial nursing staff. The clientele and bed linens changed daily.
Buttons were pushed and patients drifted into gentle slumber, one from which they would never awaken.
It kept the population under control, relieved the pressure from those with scant medical knowledge unable to understand the language or cope with the situation at hand.

In the beginning, some had seen it as progress, but many realised it was the next step in obliterating Mankind as we knew it. No-one listened. 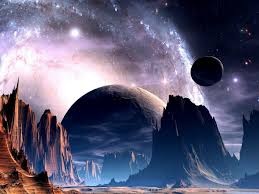 I am a retired number cruncher with a vivid imagination and wacky sense of humour which extends to short stories and poetry. I love to cook and am a bit of a dog whisperer as I get on better with them than people sometimes! We have recently lost our beloved dog Maggie who adopted us as a 7 week old pup in March 2005. We decided to have a photo put on canvas as we had for her predecessor Barney, and now have three pictures of our fur babies on the wall as we found a snapshot of my GSD so had hers done too. From 2014 to 2017 'Home' was a 41 foot narrow boat where we made strong friendships both on and off the water. We were close to nature enjoying swan and duck families for neighbours, and it was a fascinating chapter in our lives. We now reside in a small bungalow on the Lincolnshire coast where we have forged new friendships and interests.
View all posts by pensitivity101 →
This entry was posted in fiction, Just a thought, short stories, Uncategorized and tagged computers, fiction, future, technology. Bookmark the permalink.

6 Responses to The Future at Our Door