Passing on The Light

Hubby and I walked up to The Abbey today to light candles for our Dads.
We had intended to go on Remembrance Day but something came up, and then last week we hadn’t wanted to intrude on the service for a respected citizen we didn’t know.

It was quiet and serene inside, very few visitors today, and Maggie quietly trotted alongside us as we made our way to The Lady Chapel.
There were three unlit candles in the arch as the larger ‘source’ candle used to light them had extinguished some time previous to our arrival.

Taking a new tea light to the stands by the sculpture of Our Lady Queen of Peace, I took a light from one of the few there, thanking them for their Gift of Light, and returned to where Hubby and the dog were sitting quietly.

Photos Our Lady Queen of Peace:  left official image, remainder my own from May 2015.

Taking two candles out of the drawer and putting my donation in the box, I lit them both and placed them on the top row, using our second candle to light the three already there.

The last time we were here was Sept 22nd, the day before my father-in-law’s birthday.
A lot has happened since then, and judging by the flickering of the flames, our Dads were in full voice. We always imagine the two in conversation and wonder what they’d think of us if they were still here. We reckon they’d still be laughing to be honest.
The other three flames gently swayed, but it was our two that were the most animated. 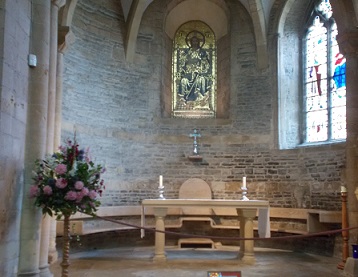 Two other people came up on separate occasions to the arch, each lighting two candles, but not lingering as we do.

Hubby and I talked about Christmases past, the times his Dad used to goad me into debate (though often I’d deliberately take an opposite stance as he used to so love an argument) and how I’d offer to sit on his knee ‘to practice’ when he was playing Santa at the local hall for the kids. The fact that I was twice the size he was in his red suit made it more practical for him to sit on my knee!
I remember my own Dad making sure us kids got the silver sixpence in the Christmas pudding which later due to inflation and decimalisation became 50p and then a pound coin. Dad never liked arguments or unhappy faces at the Christmas table, so he always ‘swung it’ that there was enough coinage for no kid to go without.

As the flames flickered, we chatted in hushed tones about current events and how I felt my Dad was watching out for me. Had he still been alive, I would have told him and drawn strength for what lay ahead from him as most daughters do in time of worry and trouble. Hubby promised my Dad he’d look after me and would continue to do so.
The flames gradually subsided in their activity, so we believe they understood.

We started the candle lighting symbolism many years ago, not out of a religious calling or tradition, but because whenever we were close to a church, we felt our Dads were with us.
Strange places are often associated with the dark, so the significance to us for lighting a candle for them was to show them the way and no matter where we were, so were they.
We miss them both. 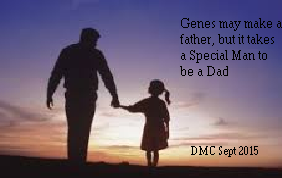 I am a retired number cruncher with a vivid imagination and wacky sense of humour which extends to short stories and poetry. I love to cook and am a bit of a dog whisperer as I get on better with them than people sometimes! In November 2020, we lost our beloved Maggie who adopted us as a 7 week old pup in March 2005. We decided to have a photo put on canvas as we had for her predecessor Barney. We now have three pictures of our fur babies on the wall as we found a snapshot of Kizzy, my GSD when Hubby and I first met so had hers done too. On February 24th 2022 we were blessed to find Maya, a 13 week old GSD pup who has made her own place in our hearts. You can follow our training methods, photos and her growth in my blog posts. From 2014 to 2017 'Home' was a 41 foot narrow boat where we made strong friendships both on and off the water. We were close to nature enjoying swan and duck families for neighbours, and it was a fascinating chapter in our lives. We now reside in a small bungalow on the Lincolnshire coast where we have forged new friendships and interests.
View all posts by pensitivity101 →
This entry was posted in Just a thought, Memories, Opinions, Personal Thoughts, Remembrance, Uncategorized and tagged candles, Dads, family. Bookmark the permalink.

3 Responses to Passing on The Light