Some of my early readers may remember this post from October 2014
https://pensitivity101.wordpress.com/2014/10/12/the-only-choice/

If you haven’t read it, I’ll wait, as it’s quite relevant to this entry:
(cue musical interlude graphics). 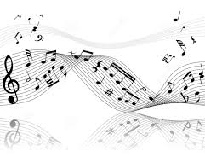 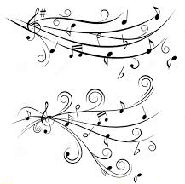 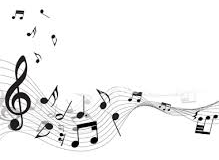 Hubby’s latest mobile phone has bit the dust. He dropped it, the back fell off, the battery popped out, and despite putting it all back together again (Humpty Dumpty was pushed by the way),  it was defunct. He would switch on, the keypad would flash, and it would switch itself off.
Hubby looked up the fault, and it appears that as the inside computer bits can’t reset, register or connect with each other, it shuts itself down.
So today we were on a mission to find him a new PAYG phone and set off for a large Super superstore two major towns away. 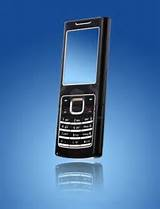 We passed the store, quickly realising we’d missed the turnoff and ended up going down, let us say, unsavoury neighbourhoods, where our windows were wound up and door locks applied.
We eventually got back on the main road, and saw a helpful sign partially obscured by heavy tree foliage which read ‘Superstore’.

I stayed in the car as it was getting too hot to leave Maggie and Hubby went in.
He wasn’t gone all that long and came out empty-handed.
According to the extremely young sales assistant, it would seem that PAYG basic phones with no apps/gps/camera/internet facility are now obsolete, though he could buy a ‘bundle’ package which would automatically debit his account (not on a contract of course) on a regular basis. The phone itself was £21, plus call charges of 15p a minute, 10p per text.
He was not impressed.

After a short discussion (along the lines of ‘Let’s get something to eat’) we decided to head back home and go into another outlet of the same supermarket, which was not quite such a Superstore, but usually stocked things we wanted. On the way, we stopped off to do a little bit of shopping which included a packet of gingernut biscuits (lunch, of which I had one).

Again Hubby went in, and came out fifteen minutes later wearing a big grin and carrying a little box.
He’d told a very helpful older young man exactly what he was after, the guy picked one up off the shelf of many, explained what it did (not much) and Hubby said ‘Perfect!’
Yay!
A PAYG phone, no frills, can send and receive calls and texts, top up by card on our terms and no contract.
Big price tag of……………….. eleven pounds, with a supermarket tariff of 8p per minute and 4p per text.

We then sat in the car for the next twenty minutes trying to work out the instructions for registration, finding the number so that I could log it into my phone, and loading on the ten pound credit Hubby had also purchased. He then rang me, I logged the call, saved the number and deleted the old one. I tested all was well by ringing him so that he could save my number into his contacts list.
Great! We can keep in touch when we’re apart again.

Meanwhile, my old nokia is still going strong, cracked screen and all (and he’s not touching it, especially as it was HIM who dropped something on it which broke the screen anyway)!

I am a retired number cruncher with a vivid imagination and wacky sense of humour which extends to short stories and poetry. I love to cook and am a bit of a dog whisperer as I get on better with them than people sometimes! We have recently lost our beloved dog Maggie who adopted us as a 7 week old pup in March 2005. We decided to have a photo put on canvas as we had for her predecessor Barney, and now have three pictures of our fur babies on the wall as we found a snapshot of my GSD so had hers done too. From 2014 to 2017 'Home' was a 41 foot narrow boat where we made strong friendships both on and off the water. We were close to nature enjoying swan and duck families for neighbours, and it was a fascinating chapter in our lives. We now reside in a small bungalow on the Lincolnshire coast where we have forged new friendships and interests.
View all posts by pensitivity101 →
This entry was posted in change, humour, Just a thought, Opinions, tongue in cheek and tagged phone, technology. Bookmark the permalink.
Loading Comments...
%d bloggers like this: