Loss of a friend

The word ‘friend’ covers a multitude of people as they pass through our lives.
To me ‘friend’ is one of many words in our language that is used too casually, simply because there isn’t another suitable to describe someone who is not a stranger, more than an acquaintance, but not quite family.

The Oxford Dictionary defines ‘friend’ thus:
a person with whom one has a bond of mutual affection, typically one exclusive of sexual or family relations.

We had a phone call yesterday to tell us that a friend had died. 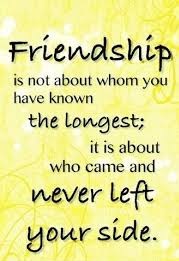 An elderly lady, she has been a friend for about 7 years.
Despite us moving away, we kept in touch by email or telephone, never forgetting each others birthdays and sending cards and small gifts at Christmas.
The last time we spoke, she hadn’t been well, her twin brother was in hospital having had a stroke, and her sister had also been poorly.

This kind-hearted woman was always there for us should we need an unbiased opinion, advice or support, and when we lived locally, we would sometimes visit when out walking the dog in her area.
When her husband was alive, we took a selection of photographs one Christmas and put them together in a collage which she put up on her wall.
Forever independent despite multiple sclerosis, she would walk down to the pub for her Sunday lunch, go out with friends for fish and chips on a Friday, and enjoyed the occasional outing with those in her community. She did her shopping on-line, and had a variety of handymen come and help out around the house or in the garden.

It was her daughter who contacted us as she was going through her Mum’s address book and letting people know. Such a daunting and sad task, especially speaking with strangers.
We met her briefly at her father’s funeral a few years ago.
To be honest, we were not surprised as we had tried to contact her, but our emails and letters were unanswered, and the phone continued to ring despite varying the times of our calls.

The funeral details are going to be sent to us, but it’s unlikely we will attend as it’s too long a journey for one day.
Our thoughts are with the family as we remember a dear friend who made us laugh and cry, never let life get her down, and was a blessing to all who knew her. 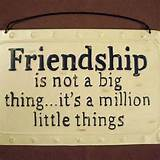 RIP. We’ll miss you, and will light a candle for you in The Abbey.

I am a retired number cruncher with a vivid imagination and wacky sense of humour which extends to short stories and poetry. I love to cook and am a bit of a dog whisperer as I get on better with them than people sometimes! In November 2020, we lost our beloved Maggie who adopted us as a 7 week old pup in March 2005. We decided to have a photo put on canvas as we had for her predecessor Barney. We now have three pictures of our fur babies on the wall as we found a snapshot of Kizzy, my GSD when Hubby and I first met so had hers done too. On February 24th 2022 we were blessed to find Maya, a 13 week old GSD pup who has made her own place in our hearts. You can follow our training methods, photos and her growth in my blog posts. From 2014 to 2017 'Home' was a 41 foot narrow boat where we made strong friendships both on and off the water. We were close to nature enjoying swan and duck families for neighbours, and it was a fascinating chapter in our lives. We now reside in a small bungalow on the Lincolnshire coast where we have forged new friendships and interests.
View all posts by pensitivity101 →
This entry was posted in friends, Just a thought and tagged bereavement, loss, sorrow. Bookmark the permalink.

12 Responses to Loss of a friend