Having had such a positive loss last week, and being so close to that one stone off certificate, I ‘went for it’ this week.
However, The Summer Cold did not help, though in years past I’d lose my appetite if I was poorly, which one would think as a good thing especially when trying to lose a few pounds. 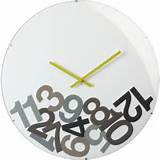 We’ve had a couple of funny days when our timing has gone to pot and we’ve only had two
meals instead of three.
I also confess that I have not been checking the number of syns a lemsip or teaspoon of honey have because I felt bad enough already without a guilt fix thrown in.

When a particular target is in sight, it’s easy to be tempted to starve oneself in the hope that those stubborn final pounds will melt away. I’ve found in the past that it just doesn’t work and it’s better to have a light snack than nothing at all. At least the stomach won’t rumble in the middle of the night and you won’t find yourself searching for those naughty niceties at the back of the cupboard.
Saying that though, I’m simply not buying them (unless it’s for both of us) but if Hubby fancies gingernuts or digestive biscuits (2½ syns each), or a bar of chocolate (off my 15 syn chart), then I’m not stopping him. I’ve drawn the line at McDs milkshakes, McChicken sandwiches and our iced bun treat (all 19½ syns each) though I can get away with a lean bacon roll (no spread or sauce) and latte coffee for 3½ syns from one of our favourite bakers. 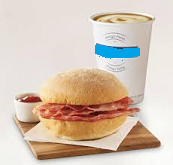 To be honest, I have tried to stick to the plan regardless of feeling lousy, so I’m hoping for a loss anyway, however small.

This was my main meal today, an open mushroom omelette with salad (and 2 syns of mayo).
Actually, it was scrambled eggs done in a bowl in the microwave with mushrooms cooked in water (and drained) put on top.

So near and yet so far.
I had a good loss of two and a half pounds, so I was really pleased. However, I was seven ounces short of getting my certificate, so all being well I shall have that next week, marking the half way point of my 12 week course.

Here’s a thought of how a tactless comment can ruin someone’s confidence, and how I see things.

A girl at class has lost a staggering three and a half stone, but says she feels ugly because she can’t see it. She is wearing the same clothes, and no-one has come up to her and asked if she’d lost weight.
Her grandmother, who by all accounts is honest in her opinions, acknowledged that this young Mum had lost weight, then added ‘ But then you still have so much more to lose.’

IMO, this is the kind of negative comment that can turn success into obsession or despair.
Our consultant (and a few of the other group members) couldn’t believe it and asked if she knew how much her children weighed. If one weighed around three and a half stone, it was suggested she carried the child around on her back for an hour, and then put him/her down. That way she could appreciate for herself the physical proof of her success so far.

You know, most ‘big’ people don’t like being the way they are.
It’s nice to get that little pat on the back or incentive like the fruit basket for Slimmer of the Week when you do well, but it is equally important that even if someone gains a pound or two, or stays the same, it is the total loss that is emphasised at group meetings.

I am a retired number cruncher with a vivid imagination and wacky sense of humour which extends to short stories and poetry. I love to cook and am a bit of a dog whisperer as I get on better with them than people sometimes! In November 2020, we lost our beloved Maggie who adopted us as a 7 week old pup in March 2005. We decided to have a photo put on canvas as we had for her predecessor Barney. We now have three pictures of our fur babies on the wall as we found a snapshot of Kizzy, my GSD when Hubby and I first met so had hers done too. On February 24th 2022 we were blessed to find Maya, a 13 week old GSD pup who has made her own place in our hearts. You can follow our training methods, photos and her growth in my blog posts. From 2014 to 2017 'Home' was a 41 foot narrow boat where we made strong friendships both on and off the water. We were close to nature enjoying swan and duck families for neighbours, and it was a fascinating chapter in our lives. We now reside in a small bungalow on the Lincolnshire coast where we have forged new friendships and interests.
View all posts by pensitivity101 →
This entry was posted in Weight Programme and tagged week five result. Bookmark the permalink.