Sitting here on my bench, I am reminded of a story from many years ago.
I cannot recall who told it to me, why or exactly when, and although my version will by no means be the same, the thought behind it definitely is.
I hope you enjoy it and forgive my interpretation if you are familiar with it . 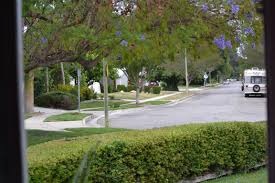 The room had 8 occupants, each confined to bed and reliant on the attention of the nursing staff for their needs.
The only window was in the corner, and the man in the bed adjacent to it described to the others the comings and goings of the residents of the street below their hospital block.

‘The school bus has just come round the corner.  The kid from number 12 is late as usual and has to run for it. One of these days he’s going to miss it and have to walk!’
‘And the guy at number 15 has cut his hedge. Dammit, he’s done it too early, and the damn thing’s likely to die!’
The occupant of Bed 1 groaned.
‘Oh shut up, Old Man’, he grumbled. ‘What do you know about hedges anyway and when they should be cut?’
‘Actually I used to be Head Gardener for a large estate before I was taken ill,’ he replied.
‘Of course you were,’ Bed 1 said sarcastically and tried to turn his back.

He hated the Old Man.
He hated how he had a window to look out of every day, telling everyone what was going on outside, rubbing it in what he could see and they could not.
Why couldn’t HE have been given the bed by the window?

The hospital was a sad place. It was where patients with no family were sent to spend their last days,  months, or even years in as best a comfort as the staff could provide.
The Old Man in Bed 6 had been there almost a year.
He knew it wouldn’t be long now, and was glad to have had the opportunity to share what he saw with his room mates, some more frail than he as they hung on by a thread to their Life, for what it was.
He had seen several come and go since he came here, and had been moved up to the window after Bill had passed away some six months before.
Bill had told them about the kid at number 12, a gangly awkward youth, all legs and a mop of unruly red hair.
He’d kept them abreast of the weather and activity below, though the Hedge Man was new to the area, having arrived shortly after the Old Man had moved across.
He’d had some fun telling them all about the removal vans and gawdy furniture being unloaded into the property. And as for the guy’s wife? A battle-axe for sure.

The cul-de-sac didn’t have that many houses in it, and the school bus always turned in the ‘doughnut’. It was probably why the lad from number 12 cut it so fine, as if he missed it going one way, he could flag it down on the way back! There were a few other kids in the road, but they lived further down and out of direct sight.

The old dear at number 14 had a dog.
It was a small untidy fuzzball of dubious breed that she religiously walked three times a day regardless of the weather. When it was raining, the poor thing was dressed in a waterproof jacket and matching wellies, tufts of fur sticking out at all angles making it resemble a pin cushion with legs. The old dear herself was always impeccably dressed though, the Old Man referring to them as Jekyll and Hyde in appearance.

He often described at length the birds that came to rest on the window sill, from the humble sparrow to a migrant visitor, having been an avid bird watcher during his working life.
Every day, he would see something to report, from a flower delivery on someone’s birthday or anniversary, to a new car which was lovingly washed, waxed and polished until the novelty wore off (or the neighbours were no longer in awe of it).
Bed 1 was always moaning and complaining, and he knew that the staff and his fellow patients were getting tired of his constant griping.

One morning, The Od Man was found to have died in his sleep, a peaceful smile on his face.
Without a single thought for his passing, Bed 1 was immediately demanding that he have the bed by the window.
None of the other 6 residents objected.
With smug pride, he was wheeled to the coveted place, determined to enjoy the view and keep it all to himself.
The nurses arranged his pillows so that he could sit up and see out, then pulled back the curtain.
‘What the hell………?’ he shouted.
‘What is it?’ asked the guy in Bed 2. ‘What’s going on? Tell us!’
With a sad smile, the nurse looked at the occupant of Bed 1, and hoped.

With a gulp, Bed 1 said
‘You won’t believe this, but that damn kid at number 12 has had a hair cut and got himself a girlfriend!’

I am a retired number cruncher with a vivid imagination and wacky sense of humour which extends to short stories and poetry. I love to cook and am a bit of a dog whisperer as I get on better with them than people sometimes! In November 2020, we lost our beloved Maggie who adopted us as a 7 week old pup in March 2005. We decided to have a photo put on canvas as we had for her predecessor Barney. We now have three pictures of our fur babies on the wall as we found a snapshot of Kizzy, my GSD when Hubby and I first met so had hers done too. On February 24th 2022 we were blessed to find Maya, a 13 week old GSD pup who has made her own place in our hearts. You can follow our training methods, photos and her growth in my blog posts. From 2014 to 2017 'Home' was a 41 foot narrow boat where we made strong friendships both on and off the water. We were close to nature enjoying swan and duck families for neighbours, and it was a fascinating chapter in our lives. We now reside in a small bungalow on the Lincolnshire coast where we have forged new friendships and interests.
View all posts by pensitivity101 →
This entry was posted in fiction, Just a thought, observations, short stories and tagged expectations, hospital, patients. Bookmark the permalink.