The Phonetics of my life

Walking the dog yesterday morning, I found myself thinking about the phonetic alphabet.
Although I can’t replicate them all exactly in my life, I think I come pretty close!

A is for Alpha.
Until I met Hubby, no-one had ever put me first.
B is for Bravo.
Another plus for Hubby, giving me a ‘well done’ for my efforts, and by adding AD helping me overcome my fear of spiders (well, the little ones anyway)
C is for Charlie.
The bear that started it all, a cloth prize at a rifle range at the fair. 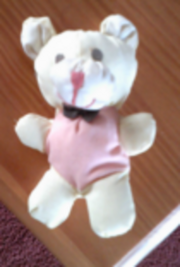 D is for Delta.
My D is for devotion, and I have 100% of his.
E is for Echo.
Echoes of all our yesterdays which make us appreciate everything we have today, and each other.
F is for Foxtrot.
One of my Mum and Dad’s favourite dances, and to watch them together was magical.
G is for Golf.
Or perhaps just the little yellow flag on the golf course we passed every Sunday on our trips to the New Forest.
H is for Hotel.
Ah, memories of the four poster bed that wasn’t. 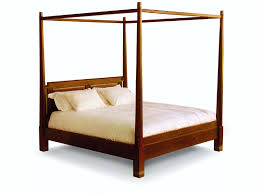 I is for India.
Ironically, following my redundancy in 2001, our successors lost their jobs two years later when The Company moved everything to India. The settlement packages were not as good as the one I got.
J is for Juliet.
I failed my English literature O level by writing about Romeo and Juliet instead of a Midsummer Night’s Dream.
K is for Kilo.
My permanent battle of the bulge, and everything is twice as bad now that we’re metric. 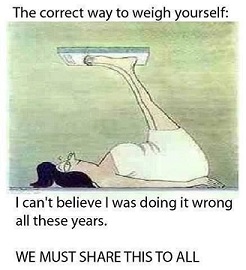 L is for Lima.
My L is for Lada, which was Hubby’s car when I met him, and the first words I said were insulting to it!
M is for Mike.
Bro,  one of the three important men in my life.

N is for November.
Hubby’s birthday.
O is for Oscar.
He needs one for putting up with me all these years!
P is for Papa.
Hubby owned a ‘pup tent’ which we used on our first holiday together. The dog of the time was my GSD, and she slept in the car.
Q is for Quebec.
Our Q is the quiet of the marina. so different from the noise of traffic and inconsiderate neighbours.
R is for Romeo.
I could refer back to Juliet, but Hubby has his romantic moments. However, if a light broke (through any window), he’d fix it.
S is for Sierra.
S is for our terrible sweet tooth. 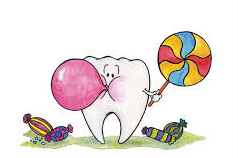 T is for Tango.
We loved the classic Tango music from Al Pacino’s Scent of a Woman and Arnie’s True Lies movies.
U is for Uniform.
I never saw Hubby in his other than in a photograph on his mother’s dressing table.
V is for Victor.
At the moment we are the victors in our domino, cribbage and scrabble tournaments with MOH.
W is for Whiskey.
We both hate the stuff!
X is for X-ray.
My X is for kisses as you can see right through X rays! 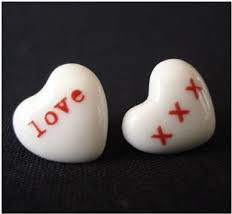 Y is for Yankee.
I wanted to buy Hubby a Yankee screwdriver for his tool kit, but he says the little ratchet one I bought him is perfect for the little jobs around the boat.
Z is for Zulu.
We bought the DVD for a pound several years ago, and as a child, I had Ivor Emmanuel’s autograph on a Bournemouth post card. He played Private Owen in the 1964 film and lead the men to sing Men of Harlech against the Zulu warrior chants.

I am a retired number cruncher with a vivid imagination and wacky sense of humour which extends to short stories and poetry. I love to cook and am a bit of a dog whisperer as I get on better with them than people sometimes! In November 2020, we lost our beloved Maggie who adopted us as a 7 week old pup in March 2005. We decided to have a photo put on canvas as we had for her predecessor Barney. We now have three pictures of our fur babies on the wall as we found a snapshot of Kizzy, my GSD when Hubby and I first met so had hers done too. On February 24th 2022 we were blessed to find Maya, a 13 week old GSD pup who has made her own place in our hearts. You can follow our training methods, photos and her growth in my blog posts. From 2014 to 2017 'Home' was a 41 foot narrow boat where we made strong friendships both on and off the water. We were close to nature enjoying swan and duck families for neighbours, and it was a fascinating chapter in our lives. We now reside in a small bungalow on the Lincolnshire coast where we have forged new friendships and interests.
View all posts by pensitivity101 →
This entry was posted in ABC, humour, Just a thought, Memories, My life, Relationships and tagged life references, phonetic alphabet. Bookmark the permalink.

5 Responses to The Phonetics of my life