I was diagnosed with type 2 diabetes in 2011.
So far, I have been lucky in being able to control it with diet and no medication, and have declined vehemently the prescription of statins.
I have read so many articles of the onset of other problems with various organs that I am not willing to take the chance of something going drastically wrong with my body’s works and be worse off than I am now. 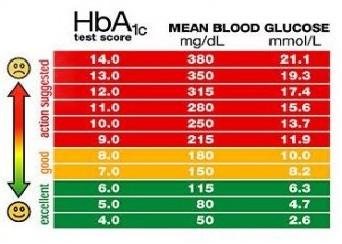 I am NOT disregarding or ignoring medical advice, and get regular blood tests, blood pressure checks and weigh ins.
I am due for my first diabetes appointment of the year in a few weeks, and know that I will be facing the same argument over the statins issue, plus discussions about my weight.
After such positive results over the past few years, suddenly I seem to have no control over my cravings, and although I can still do the dog lead shimmie and all my clothes fit, I am heavier than I was a year ago. 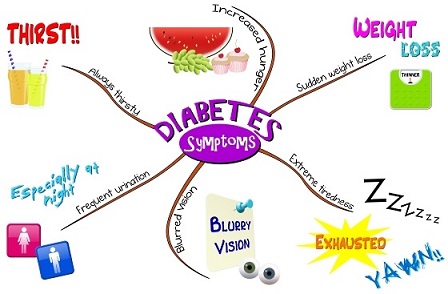 There are other things too:
1. Having to get up most nights for a wee, even if I haven’t had anything to drink after 8pm which I believed before was the reason.
2. Tingling in my right shoulder and down my arm into my hand, which is possibly down to the trapped nerve in my hip on that side.
3. Feeling ‘nice’ hungry nearly all the time.
4. Hot flushes in the night and unable to reduce the discomfort by pushing off the duvet.
5. My feet are hurting again.
6. Feeling tired when I haven’t done anything and getting a little out of breath when I do!

Recently, The Honey Monster alerted me that my sugar levels had spiked. That is a sure sign that I’m doing something wrong, so I shall address our diet when I next go shopping.
Once again it has been all over the place, so I think more fruit and veg is required, and I need to look into starches. Treats will be kicked into touch for the time being.

I’ll keep you informed as to progress.

I am a retired number cruncher with a vivid imagination and wacky sense of humour which extends to short stories and poetry. I love to cook and am a bit of a dog whisperer as I get on better with them than people sometimes! We have recently lost our beloved dog Maggie who adopted us as a 7 week old pup in March 2005. We decided to have a photo put on canvas as we had for her predecessor Barney, and now have three pictures of our fur babies on the wall as we found a snapshot of my GSD so had hers done too. From 2014 to 2017 'Home' was a 41 foot narrow boat where we made strong friendships both on and off the water. We were close to nature enjoying swan and duck families for neighbours, and it was a fascinating chapter in our lives. We now reside in a small bungalow on the Lincolnshire coast where we have forged new friendships and interests.
View all posts by pensitivity101 →
This entry was posted in health, My life, observations, Uncategorized and tagged health, Type 2 diabetes. Bookmark the permalink.

19 Responses to Living with Diabetes