After a really pleasant day yesterday, we watched ‘I Frankenstein’ (Aaron Eckhart) in the evening, and retired to bed around 11.15.
Hubby always checks the touch sensitive digital display screen to make sure everything is as it should be, and that there are no nasty surprises lurking like when we had a potential fire risk with one of our main batteries shortly after we arrived here.

He discovered we had a problem.

We had lights, the fridge was running, the radiators were on as was the dehumidifier, so both 12 volt and mains systems were working OK. However, the boat was showing no signs whatsoever of drawing power. That’s bad.
Hubby checked inside the cupboard where our inverter is housed and not all of the lights were lit.
Note (i) : The inverter converts the batteries to run mains powered equipment. So when we are out puttering, the inverter is off as we are disconnected from mains .

The hunt was on for our Blue Boat Bible, the folder containing all of the paperwork for on board equipment, which had been put away safely after our revamp.
‘Safely’ meant anywhere from under the bench, bed, in the cooker (don’t ask), under the sink or behind the false front on the new seating area, so cushions, cupboard doors and access boards were moved as we searched.

Eventually found (and later returned exactly to where we’d found it so that we knew where to look next time), we fished out the manual for the inverter and turned to the section marked ‘Trouble Shooting’.
We had both got dressed, and as I read, Hubby went outside on the helm to check the battery box.
It was now past midnight.

Conveniently, on the diagram all the lights were numbered 1 to 10, and it was number 10 that was the issue. Except nothing in ‘troubleshooting’ referred to light number 10!
Hubby took the book off me and read the section in its entirety.
No, I was not going mad, light number 10 was not mentioned at all.

Hubby had already tried the PC favourite ‘switch it off and switch it on again’. This didn’t seem to do anything apart from make all the lights flash like a pinball machine, but still number 10 did not want to play.

With both of us sprawled on the bed surrounded by our folder contents and a sleeping Maggie, Hubby read the manual cover to cover.
And discovered the safety feature of the inverter, which has added to our learning curve.

Apparently, if the engine isn’t run (or mains disconnected) within 12 days, the inverter switches itself off for an hour so that the boat is running on batteries, which then drain down slightly so as not to be overloaded by the charger.

We decided to take Maggie out for an early wee (quarter to one), then returned duly chilled to a cool bed with cold feet as a heavy frost had just started to form on the pontoon boards and cars in the car park. The boat was nice and warm, but it took a while to get settled before falling asleep. Saying that, we were in no hurry to get up at 7.30, and I rolled over and went back to sleep with Maggie curled up against me until gone 9am.

There is a Note to Self in our Log Book now:
Run the engine at least once every ten days
with reference to the relevant pages and starred note in the troubleshooting section.

There is an additional note too: 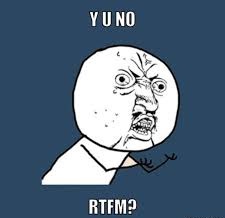 Note (ii)
We ran the engine today as it had been 12 days since we last did it and everything is fine.
The chalk board in the kitchen is a reminder of appointments and important things to do, and oh yeah, this is now on it!

I am a retired number cruncher with a vivid imagination and wacky sense of humour which extends to short stories and poetry. I love to cook and am a bit of a dog whisperer as I get on better with them than people sometimes! In November 2020, we lost our beloved Maggie who adopted us as a 7 week old pup in March 2005. We decided to have a photo put on canvas as we had for her predecessor Barney. We now have three pictures of our fur babies on the wall as we found a snapshot of Kizzy, my GSD when Hubby and I first met so had hers done too. On February 24th 2022 we were blessed to find Maya, a 13 week old GSD pup who has made her own place in our hearts. You can follow our training methods, photos and her growth in my blog posts. From 2014 to 2017 'Home' was a 41 foot narrow boat where we made strong friendships both on and off the water. We were close to nature enjoying swan and duck families for neighbours, and it was a fascinating chapter in our lives. We now reside in a small bungalow on the Lincolnshire coast where we have forged new friendships and interests.
View all posts by pensitivity101 →
This entry was posted in film/tv/book, humour, life afloat, tongue in cheek and tagged boat maintenance, learning curve, troubleshooting. Bookmark the permalink.