A normal day…. at last

Yesterday was the first day back at work for most people, and wasn’t it reflected in traffic!
We could hear how busy the roads were, and getting Maggie out for her walks was a right game due to the horrendous bad weather.

Today, there is a strange yellow thing in the sky, and it’s warmer than it was yesterday, so we decided to walk up to the supermarket to give Maggie a long walk as she hasn’t had one for a while.
We spent just under £9, picking up bread, sandwich filling and cheese, plus a rather large bunch of bananas. Meat free day today, so we’re having  McCheese for dinner tonight (google image today). 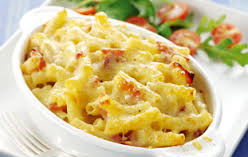 The car park was less than a tenth full, and as Hubby went in, there were stacks of special offers (no Christmas goodies) for less than a pound.  I’d noticed that we had almost run out of washing up liquid, so asked him to get a bottle of a popular brand on offer for 50p, and he put two cans of scotch broth soup in his basket before the automatic doors hid him from view..
Since we’ve been here, we’ve used quite a few things from the cupboard and fridge, including half a jar of rather posh marmalade. We purchased a suitable replacement three weeks ago, but opened that too, so when we shopped last time, I bought a more expensive well-known brand (almost £2!) and put it in the cupboard.  We got an everyday jar for ourselves today for 27p. 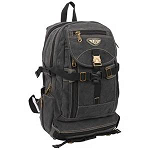 Hubby bought a rucksack last year so that he can be independent going shopping and still be able to use his sticks. Out of curiosity, he put it on the bathroom scales when we got back, and it weighed in at 16 and a half pounds! No wonder he was puffed and the knees were complaining!
As we took everything out, we added up the weight of our purchases, which equated to over 5 kilos. I’m glad I didn’t have to carry that lot home in carrier bags!

We are going to be here for a few more days as our host isn’t due to return until Sunday, not Thursday as I thought. No problem for us, it’ll give us more time to take advantage of any good weather getting our stuff down to the boat. We’ve already taken 3 bags down!

I am a retired number cruncher with a vivid imagination and wacky sense of humour which extends to short stories and poetry. I love to cook and am a bit of a dog whisperer as I get on better with them than people sometimes! In November 2020, we lost our beloved Maggie who adopted us as a 7 week old pup in March 2005. We decided to have a photo put on canvas as we had for her predecessor Barney. We now have three pictures of our fur babies on the wall as we found a snapshot of Kizzy, my GSD when Hubby and I first met so had hers done too. On February 24th 2022 we were blessed to find Maya, a 13 week old GSD pup who has made her own place in our hearts. You can follow our training methods, photos and her growth in my blog posts. From 2014 to 2017 'Home' was a 41 foot narrow boat where we made strong friendships both on and off the water. We were close to nature enjoying swan and duck families for neighbours, and it was a fascinating chapter in our lives. We now reside in a small bungalow on the Lincolnshire coast where we have forged new friendships and interests.
View all posts by pensitivity101 →
This entry was posted in food, shopping and tagged food shopping, walk, weights. Bookmark the permalink.

5 Responses to A normal day…. at last