Ring in the New

Hubby and I will be celebrating our Silver Wedding Anniversary in May, and two days after that I hit 60.
Wow. Sixty years of age.
I don’t feel it (most of the time!) and it doesn’t seem all that long ago I was celebrating my 50th and our Crystal Anniversary. Those celebrations went on for over a week! 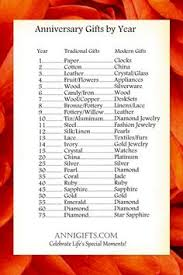 I prefer the traditional celebration mark rather than the modern. It hardly seems right that 10 years on that is shown as Diamond, when traditionally it is the 60th Anniversary that warrants that kind of recognition.

When I left school at 16 in 1972, I remember thinking how I’d be 44 at the turn of the century, which was of course the start of a New Millennium. That sounded old!
Well, the number cruncher in me has noticed that by coincidence, that was 44 years ago!

Maggie will be 11 around the middle of January. I worked it backwards from the day we brought her home, and her birthday is either the 10th or the 17th.
I hope she has a better year. Her wound has healed beautifully apart from one small spot at the top. We saw the vet today and been given some antibiotics and inflammatory pills just in case rather than leave it untreated. The nurse commented on how good she was, and the vet said Maggie was always good. Made me feel very proud.

We also wish a better year for MOH, that his health improves and that our domino and cribbage ‘tournaments’ continue.

I hope too for a good year for my family, health and wealth wise. Even though we are spread about, I think of them a lot, and get to see my Mum as often as we can.

We intend to get a 30 day licence to explore other waterways in 2016, so weather permitting, we may be out and about to celebrate our milestone events.
We have already decided to go back up to Stratford for the festival.

Other than that, we will take each day as it comes. We learned a long time ago that to plan anything never works for us, so we shall ‘seize the moment’ as they say, and hope there are a lot of moments to seize.

We don’t do resolutions, but despite our problems, 2015 was a better year than the previous one in a lot of ways.
Hopefully, 2016 will be even better. 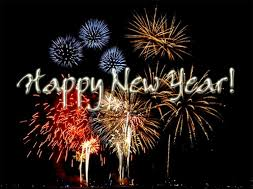 Enjoy your celebrations, take care, have fun, and don’t take any chances.

I am a retired number cruncher with a vivid imagination and wacky sense of humour which extends to short stories and poetry. I love to cook and am a bit of a dog whisperer as I get on better with them than people sometimes! We have recently lost our beloved dog Maggie who adopted us as a 7 week old pup in March 2005. We decided to have a photo put on canvas as we had for her predecessor Barney, and now have three pictures of our fur babies on the wall as we found a snapshot of my GSD so had hers done too. From 2014 to 2017 'Home' was a 41 foot narrow boat where we made strong friendships both on and off the water. We were close to nature enjoying swan and duck families for neighbours, and it was a fascinating chapter in our lives. We now reside in a small bungalow on the Lincolnshire coast where we have forged new friendships and interests.
View all posts by pensitivity101 →
This entry was posted in current events, life afloat, Uncategorized and tagged New Year. Bookmark the permalink.

9 Responses to Ring in the New