This is a bit of an unfair title as it suggests that Hubby doesn’t do shopping. Actually, he does, a lot, but there are times, like yesterday, when we can’t both go in the shop.

As you know, Maggie had an operation at the beginning of December, so we are working on getting her fit without overdoing things. In fact, all of us have become a little sluggish as we haven’t been having our usual walks. Yes, we’ve been taking her out (she will only do her business on grass and there is none here) but they have been short trips, so as exercise, don’t really count I suppose.

On Saturday, we walked up to the Abbey, and yesterday, decided to walk up to the supermarket which was the same distance, but in the opposite direction. We only had a little shopping to do, it was a pleasant sunny day so it seemed a good idea.
We let Maggie off her lead as usual, and she was quite content to trot along in front of us.
It only took us about fifteen minutes and Hubby went in while Maggie and I stayed outside.

There was a cute little dog tied up on the railing, but looking cute was as far as it went.
It was a vicious thing, snapping and barking at anyone who came within leash distance.
I made sure Maggie and I weren’t anywhere close.
However, where I stopped to wait turned out to be the worst possible place, as it was in direct wind and we were both pretty chilled within minutes.
I moved closer to the door but there was nowhere I could lean or perch, so after ten minutes or so, I started to get stiff, and my legs and back started to ache.

The store was packed, full of people spending hundreds of pounds judging by the laden trolleys being pushed out so I could imagine the queues at the tills. That would not be good for Hubby’s circulation problems. One guy came out with a trolley full of booze, so I dread to think how much that cost, even allowing for special offers on spirits at £15 each and 2 trays of beer for a tenner. He’s definitely going to be merry over Christmas!

Hubby was inside for over half an hour.
When he came out, I asked if he’d thought to get any veg to go with our pies for dinner as I’d forgotten to put it on the list.
Our host’s freezer is full, but not of things we are likely to use. I have utilized one drawer for us, which has our 3 for £10 meat in it, some peppers, and up to yesterday, frozen carrots. As on the boat, we have been buying stuff as and when we need it,  so our food budget hasn’t changed very much.
I went into the store and purchased a pack of cauliflower and broccoli for £1.17. 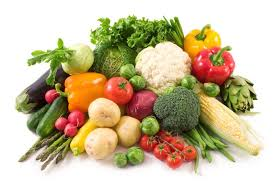 On the way home, Hubby was saying what little fresh produce was available, and what there was, was ropey, old, or bloody expensive!
He was gobsmacked at the price of bread. We usually buy a 800g loaf for about 35p, but at that price, all he could find was a loaf with 12 slices in it. He ended up buying a toaster loaf for 55p.
Onions were also expensive, a pack of three were over a pound, and the advertised kilo packs for 59p were nowhere to be found. He ended up buying 5 loose ones at a cost of 61p, but only because he rummaged around and selected those from the crate under the one on display.
Stewpacks were also a rip off, being almost £2 for a couple of spuds, carrots, tiny swede, a single parsnip and an onion. Further along was a casserole pack containing 2 spuds, carrots, swede, a parsnip and an onion (deja vu anyone?) for £1.38.

He didn’t spend very much, though did get what was on my list. As I said earlier, we didn’t need a lot. Which in a way, was just as well.

We are spending Christmas with MOH, and our contribution is the veg for dinner.
I cannot buy frozen as there is nowhere to keep it, and even if there were, by the time we got down there, it would all be defrosted. I was therefore intending to do my veg shop on Wednesday.
He already has the spuds, but we’ll take stuffing (3 boxes as Hubby is very partial) and some sausage, bacon and cranberry ‘rolls’ we saw and froze for the event.  I shall also sneak in some mince pies, brandy snaps and a couple of other goodies.

One thing is certain, we will not be shopping in that particular supermarket unless absolutely necessary. We are lucky in that we have several alternatives locally, including a grocer.
However, due to the festive season, you can guarantee that prices will be more this week than they have been because this is the final week before Christmas, the shops close early on Christmas Eve compared to the normal 8 or 9 pm, and they are all closed on Christmas Day.
Panic buying has already started. 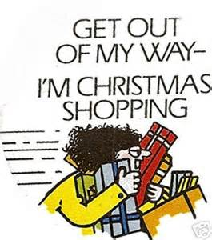 Footnote:
We have just got back from town and nipped into a supermarket for chocolate caramels. Yeah, OK. Naughty, but it is Christmas.
Front line display was huge bags of parsnips, carrots, brussel sprouts, onions and potatoes at £1 each. Except, you could buy any two for a pound.
I’ve taken a chance as the best before date is the 26th and bought the sprouts and carrots, which I’ve put in the office as it’s the coolest place. I’ll buy parsnips, a cauliflower and possibly a swede or broccoli from the grocer on Wednesday as originally intended.

I am a retired number cruncher with a vivid imagination and wacky sense of humour which extends to short stories and poetry. I love to cook and am a bit of a dog whisperer as I get on better with them than people sometimes! In November 2020, we lost our beloved Maggie who adopted us as a 7 week old pup in March 2005. We decided to have a photo put on canvas as we had for her predecessor Barney. We now have three pictures of our fur babies on the wall as we found a snapshot of Kizzy, my GSD when Hubby and I first met so had hers done too. On February 24th 2022 we were blessed to find Maya, a 13 week old GSD pup who has made her own place in our hearts. You can follow our training methods, photos and her growth in my blog posts. From 2014 to 2017 'Home' was a 41 foot narrow boat where we made strong friendships both on and off the water. We were close to nature enjoying swan and duck families for neighbours, and it was a fascinating chapter in our lives. We now reside in a small bungalow on the Lincolnshire coast where we have forged new friendships and interests.
View all posts by pensitivity101 →
This entry was posted in budgets, current events, food, shopping, Uncategorized and tagged christmas, goods, supermarket. Bookmark the permalink.