Hubby couldn’t settle last night, so we decided to make use of one of the gadgets in the bedroom.
One thirty inch flat screen remote control TV set.

It’s a long time since we had such activity in the bedroom.
In the bungalow, we had a TV in the lounge and a small 14″ portable set in our bedroom. (Actually, this was originally the TV in our first house where in our lounge it looked big!)
It droned us off into the land of nod on many an occasion.

Having become bored with the reruns of films on the Cable TV channels (yes, we’ve been here three weeks and are already on reruns), we switched to the BBC In Concert channel.
I have never been one for live concerts (mainly due to cost and getting to a venue), though in LBH (Life Before Hubby) I did see Shalamar in Bristol, and they were excellent. 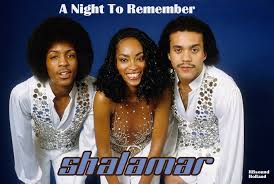 Since Hubby and I have been together, we have been to a few though, including The Bournemouth Symphony Orchestra, Barry White, Neil Sedaka and Whitney Houston.
We did not enjoy the latter very much due to her condescending attitude to the audience, the fact that she was miming to a tape (‘singing’ the wrong song) and did not like it one bit when her support act got a larger share of the applause. Her session drummer also got a standing ovation whereas she did not.
Saying that though, I did like her early stuff which is why we went (that and tickets were just £10 each which included the coach fare from Bournemouth to London as the company I worked for had a social club which offered significant discounts….. a friend saw Diana Ross and Michael Jackson for a similar cost).

I think a lot of people will agree that artists of today rely too much on technology and electronics compared to the likes of Status Quo, The Shadows, Deep Purple, The Beatles , Dire Straits and Queen who could actually play their instruments.
Today we have boy and girl bands warbling their way up the charts, many of which are pretty naff live. My recent favourites were Westlife and Il Divo (and not an instrument between them, just beautiful harmonies and ballads).
However, one individual from yesteryear never fails to get on my nerves and when he was in concert with the BBC he was dire!

Last night was a real treat, taking both of us back years before we met, to a time of real music, genuine classics, talented musicians and vocalists. True genius that has stood the test of time.

Thank you, Jeff Lynne and ELO.
We stayed awake and were wanting more. 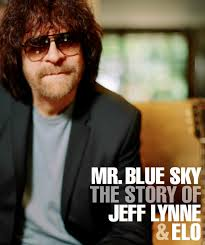 Live entertainment at its best.

I am a retired number cruncher with a vivid imagination and wacky sense of humour which extends to short stories and poetry. I love to cook and am a bit of a dog whisperer as I get on better with them than people sometimes! We have recently lost our beloved dog Maggie who adopted us as a 7 week old pup in March 2005. We decided to have a photo put on canvas as we had for her predecessor Barney, and now have three pictures of our fur babies on the wall as we found a snapshot of my GSD so had hers done too. From 2014 to 2017 'Home' was a 41 foot narrow boat where we made strong friendships both on and off the water. We were close to nature enjoying swan and duck families for neighbours, and it was a fascinating chapter in our lives. We now reside in a small bungalow on the Lincolnshire coast where we have forged new friendships and interests.
View all posts by pensitivity101 →
This entry was posted in film/tv/book, Just a thought, Memories, music, Opinions, Uncategorized and tagged BBC, concert, live entertainment. Bookmark the permalink.

2 Responses to In Concert