Sorry to go on about it, but I’m sick of them.
Fed up to the teeth of trying to settle Maggie and just when I think things have finished, some bloody idiot sets off another lot.

It’s not just the 5th of November, it’s the week before and weeks after, then Christmas and New Year.

We knew about the official display behind the Abbey last night. The streets were packed with people already walking up to the venue when we went to get Hubby’s chinese takeout birthday treat at 5.45, ready for the display which started at 7pm.
We were over a mile away but the wind was in the wrong direction and we heard every word over the tannoy system.
The air practically shook with the volume of money being blown skyhigh in an array of glitter, sparkles and stars. All very pretty. All very colourful. All too bloody loud!

Yes, I’m a killjoy when it comes to fireworks these days.
Yes, I am critical of the waste of money lighting a match, but it’s not my money so why should I care?

But you know what?
I wouldn’t mind so much if there was a limit as to the latest you can set the damn things off (like 8 o’clock)!
From 4.45 yesterday afternoon until gone 11 we had wave after wave of the damn things, with two other bonfires and displays either side of us, and some prat on the other side of the river having his own ten minutes at 10pm.
Hell, even this morning walking the dog at 9.30, ‘pops’ were still going off, and it wasn’t dark anymore!

Last night, Maggie was a nervous wreck, as were no doubt hundreds of other pets with anxious owners doing their best to relieve their stress. Nothing worked,  a film,  the classical CD that always sent her to sleep as a puppy, covering her with a jumper, holding her close. Nothing.

I hate to admit defeat, but we cannot let Maggie suffer like this, so today we are off to the pet shop to get some kind of product that will help her as there are bound to be more inconsiderate non-pet owners having another go tonight. 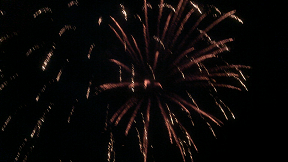 I am a retired number cruncher with a vivid imagination and wacky sense of humour which extends to short stories and poetry. I love to cook and am a bit of a dog whisperer as I get on better with them than people sometimes! In November 2020, we lost our beloved Maggie who adopted us as a 7 week old pup in March 2005. We decided to have a photo put on canvas as we had for her predecessor Barney. We now have three pictures of our fur babies on the wall as we found a snapshot of Kizzy, my GSD when Hubby and I first met so had hers done too. On February 24th 2022 we were blessed to find Maya, a 13 week old GSD pup who has made her own place in our hearts. You can follow our training methods, photos and her growth in my blog posts. From 2014 to 2017 'Home' was a 41 foot narrow boat where we made strong friendships both on and off the water. We were close to nature enjoying swan and duck families for neighbours, and it was a fascinating chapter in our lives. We now reside in a small bungalow on the Lincolnshire coast where we have forged new friendships and interests.
View all posts by pensitivity101 →
This entry was posted in current events, Dogs, fears and phobias, health, Just a thought, My life, observations, Opinions, Uncategorized and tagged anger, anxiety, consideration, pets, restrictions. Bookmark the permalink.