And so it begins

Or should I say began a little over a month ago.
At least the    traditional popular songs haven’t been loaded into the continuous players yet, but it will come, oh yeah, it will come.

Everywhere is tinsel, streamers, candles, glitzy packaging, hiked up prices for a fancy box tied with ribbon, trees, toys, snazzy jumpers and onesies (if you want to be Batman, Pudsy or Darth Vadar and they’re in adult sizes, so I could have a good Knight cuddled up to a huge Teddy Bear and not be afraid of The Dark Side!), and if you’re really lucky, you might actually find what you went into the shop for, you know, that thing which had been moved to make way for these glorious displays of festive goodies.

To be honest, if you take away the marketing and the hype, I actually like Christmas. It’s the profiteering and rip offs that annoy me. But as I came out of the supermarket with my 89p box of mince pies (OK, I admit I succumbed to temptation), I got to thinking. 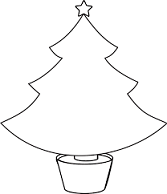 I’m talking about how you dress (decorate) your tree for the festive season.

As kids, we had a box of decorations, mostly hand made, which included trimmings for the tree, tinsel and the lights that worked when we put them away, but didn’t when we took them out a year later. That was actually a family tradition!

In my last ‘proper’ job (2002 – 2007), the ladies in my department were of various ages and marital status. In previous years, each had taken a turn in decorating the tree in our office, and being the newbie (I’d started in the January!) I volunteered to do it.

I was rather pleased with the end result, plenty of tinsel, lights, chocolate novelties, baubles of various colours, shapes and size, and a rather cute fairy to put on the top.
I hadn’t had to fork out for the stuff (other than the chocolate) as I’d found it all in labelled boxes in one of the store rooms.
My pleasure however was short-lived as 3 of my four colleagues were not impressed.

‘Don’t you have a theme?’ Mrs Designer (daughter-must-have-the-most-expensive-frock-and-hairdo-for-the-school-party) asked.
‘Did you have to use so many different colours rather than just one?’ said Ms Two Tone Grey.
‘It’s a mess,’ said the third (one of the most disorganised and careless people I’d ever worked with). ‘There’s no organisation or logic to any of it.’
‘I like it!’ said the other (recently divorced with 2 kids). ‘Bright and cheerful, muddly in an inventive kind of way.’

I like colour, and I like pretty balls, icicles and bells. We had the traditional stuff at home, but decorations weren’t purchased to co-ordinate with each other or the house decor. Nothing was themed to the latest Disney film or craze in the shops, chances of which were that by Christmas, it would all be obsolete anyway!
My method was simply to put the lights on first (after making sure they worked) and then fit the trimmings round them, trying not to put similar ornaments side by side, spreading out the colours, and making sure I didn’t overload it in case it toppled over!

And so my slapdash decorated tree survived the two week duration of the work’s festive season. I never did it again, leaving such decorating tasks to those who obviously couldn’t think past a check list or colour chart!

Remember this? It will be exactly the same this year.

I am a retired number cruncher with a vivid imagination and wacky sense of humour which extends to short stories and poetry. I love to cook and am a bit of a dog whisperer as I get on better with them than people sometimes! We have recently lost our beloved dog Maggie who adopted us as a 7 week old pup in March 2005. We decided to have a photo put on canvas as we had for her predecessor Barney, and now have three pictures of our fur babies on the wall as we found a snapshot of my GSD so had hers done too. From 2014 to 2017 'Home' was a 41 foot narrow boat where we made strong friendships both on and off the water. We were close to nature enjoying swan and duck families for neighbours, and it was a fascinating chapter in our lives. We now reside in a small bungalow on the Lincolnshire coast where we have forged new friendships and interests.
View all posts by pensitivity101 →
This entry was posted in current events, diary, humour, Just a thought, Memories, observations, Opinions, people, work and tagged christmas, criticism, festive season, tastes, tree. Bookmark the permalink.

2 Responses to And so it begins