I had a quiet day yesterday.
Quiet for a number of reasons actually.
We slept in, sort of, but that was only because we had the extra hour. I put the two clocks and my watch back before we went to bed, so getting up was as normal as every day……insomuch as light comes through the vent in the ceiling, must be daylight.

I had a shower, not that it was my birthday or any other special occasion you understand, and logged into my blog to post my inspired poem after this monumental event.
And that was it.
I didn’t have time to check out everything in my reader because suddenly I was shut down.
Terminated. Switched off. Pensitivity101 is no longer available. Web page not found.
No internet access.
Here. We. Go. Again. 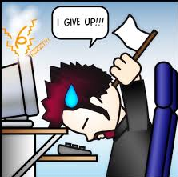 But not so.
Hubby was typing away on his new laptop with no problems whatsoever, and managed three, if not four posts yesterday (which I have finally managed to read today).
Not wishing to give the cyberspace gremlins the satisfaction of knowing they had pissed me off yet again by throwing my toys out of the pram, I got my book and lost myself in romantic fiction.
In the evening, we watched Underworld 3: Rise of the Lycans.

If you are familiar with Kate Beckinsale in a spray-on leather suit, weird contact lenses and fangs, she wasn’t in this one (a short clip at the end doesn’t count), but No 3 should really be seen first to pave the way for the other three (thus far) in the series. Michael Sheen (aka Tony Blair lookalike poor guy) really does have a good bod in this.

Hubby is sorting out yet another little DIY job on the boat, this time the cupboard over our bed.
Every time we open the damn thing, we get bombarded by socks and pants as there is nothing to keep them in place apart from tidy gravity. He’s got some wood cut and is putting in a lipped shelf so that we can have pants on one and socks on the other.

So I am currently up in the laundry doing the weekly wash. No problems here guys.
Hubby has a theory that it’s the USB socket on my laptop that has slightly worn and connection to the free WIFI signal with my enhancer gizmo isn’t happening.
I can go along with that actually, as instead of a drop down menu of twenty or so connections available (even though we don’t have access to any of them, they are just available in this area), I have a list of exactly ONE.
And even that’s nervous judging by the way it wobbles!

Note:
my stats were also quiet yesterday, so I hope that wasn’t because I was unavailable at WordPress.
Glad to say I’m still here 😀

I am a retired number cruncher with a vivid imagination and wacky sense of humour which extends to short stories and poetry. I love to cook and am a bit of a dog whisperer as I get on better with them than people sometimes! We have recently lost our beloved dog Maggie who adopted us as a 7 week old pup in March 2005. We decided to have a photo put on canvas as we had for her predecessor Barney, and now have three pictures of our fur babies on the wall as we found a snapshot of my GSD so had hers done too. From 2014 to 2017 'Home' was a 41 foot narrow boat where we made strong friendships both on and off the water. We were close to nature enjoying swan and duck families for neighbours, and it was a fascinating chapter in our lives. We now reside in a small bungalow on the Lincolnshire coast where we have forged new friendships and interests.
View all posts by pensitivity101 →
This entry was posted in diary, film/tv/book, humour, Just a thought, My life, Opinions, Uncategorized and tagged blogging, internet. Bookmark the permalink.