I am glad we are not planning to visit my Mum or MOH this weekend, we would never get off the motorway!
For the past few weeks, signage has been up to warn that there will be queues at Junction 19 where the M5 meets the M4 (and our turn off to visit both) 19-23 Sept.

World Cup Rugby is hitting the Millennium Stadium in Cardiff as follows:

No doubt we shall have the same message displayed next month for the October matches and will have to remember to juggle our visits accordingly.

Now, I am not a sports fan.
Yes, on our visits to MOH we watched the World Cup football matches, I did enjoy Wimbledon, and we all got suitably bored with the Grand Prix, but sport as a rule?
No, not really.
But I did have a thing about rugby years ago……………………………..

It was 1972, I was 16 and had just left school.
A friend set me up on a blind date (I think his name was Stuart) and he took me to Cardiff for a Rugby match.

When we got in, we were at the wrong end of the colours he was wearing, so it was a case of keeping a low profile and not getting too carried away if ‘our team’ scored, though I couldn’t tell you who was playing anyway. 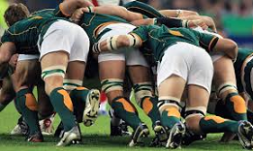 Now you blokes can be Leg Men, Boob Men, Long Blonde Hair Men or Eye Men when looking at the ladies. Just to let you know and in these days of equality Chaps, I’m a Bum Girl  so I was in a kind of pubescent heaven being confronted with all these guys in a scrum.

Stuart was not impressed as I ogled and commented on the view.
I think his team won though, and for my having gone with him to the match and not wasting a ticket made him ask if there was something I’d like to do on the way back.
I asked if he’d mind doing just a small detour and taking me to visit my maternal Grandfather in Lydney as it was his 70th birthday.

Both of my natural grandmothers died way before I was born, so it was my ‘Aunt’ who announced our surprise arrival, then plied us with cups of tea and sandwiches.
Grandad was really pleased to see me on his Special Day, I was teased about having a boyfriend and we stayed for a couple of hours.

The journey back to Bournemouth took over 6 hours.
Obviously I didn’t drive then, so couldn’t take over behind the wheel, but my date was exhausted and we had to stop for an hour or so for him to take a nap. Mobile phones also weren’t commonplace, so there was no way I could contact my parents to let them know I was OK and on my way home.
It was gone midnight before I got in.

I never heard from Stuart again, and the friend who had set us up never mentioned it either, AT ALL. Funny that.
Maybe it was something I said, did or perhaps didn’t do that put him off!

Note:
I got the maps from google and notice that it routes through Swindon when I have always gone through Bath.

I am a retired number cruncher with a vivid imagination and wacky sense of humour which extends to short stories and poetry. I love to cook and am a bit of a dog whisperer as I get on better with them than people sometimes! We have recently lost our beloved dog Maggie who adopted us as a 7 week old pup in March 2005. We decided to have a photo put on canvas as we had for her predecessor Barney, and now have three pictures of our fur babies on the wall as we found a snapshot of my GSD so had hers done too. From 2014 to 2017 'Home' was a 41 foot narrow boat where we made strong friendships both on and off the water. We were close to nature enjoying swan and duck families for neighbours, and it was a fascinating chapter in our lives. We now reside in a small bungalow on the Lincolnshire coast where we have forged new friendships and interests.
View all posts by pensitivity101 →
This entry was posted in current events, Family, games, Memories, Uncategorized and tagged detour, queues, rugby, sport, travel. Bookmark the permalink.