Last week, we had intended to take the boat up to Stratford again, but due to bad weather we decided against it and to go this week instead.
I learned a long time ago not to look forward to anything too much as if I did, it usually went belly up and 9 times out of 10 I didn’t enjoy it.
I’m sure all of us at some stage or another have been doing something and then wishing we’d either never started, or worse, not bothered to get up in the morning in the first place.
Thus was the start of our day.
Thunderstorms and rain were forecast for this afternoon, so we thought rather than take the boat out today, we’d go down and visit my Mum.

Hubby was not having a well day.
Everything he touched ended up in a swearing session,  so after I’d washed and dressed and did Maggie a scrambled egg for the journey, I cleaned through the boat as he cussed doing whatever he had to do.
We’d decided on a takeout breakfast, stopping at the garage for fuel and got some flowers and doughnuts to take down.
Hubby was driving, which was a little unusual as I usually do the first stint because it’s mostly on the motorway and Hubby can put his head down for a short nap.
This part of the journey is always straightforward, but once we come off the M4, we’re fair game for whatever traffic holdups, road works, weather and car problems want to throw at us.
Today we had the lot. 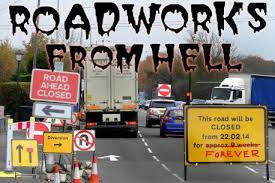 We stopped at our usual break point for a Maggie potty break and to change drivers, but the weather was so bad, Hubby decided to drive a little further.
We got caught in a tailback of about 2 miles and I was looking for an alternative route in the map book, the turn off being just beyond where the road works were, so no good to us at all!
It looked like we were going into some decent weather though, so Hubby pulled into a lay-by and we switched places.
However, the weather turned abysmal, and I could hardly see at one stage, the rain was that heavy. Oh well, at least the underside of the car would be clean!

After just a few miles, I asked him if he could put his hand on the car manual as I had a warning light come on and didn’t know what it meant.
No book in the glove compartment, so we had to come off the main road and ferret around in the boot. We were hosed on from above, but we eventually found the manual (under the passenger seat) and the symbol referred to tyre pressure.
I rang the dealer and was told that there was no need to worry, the Monitor System was sensitive to temperature change and just to put more air in the tyres, drive around for a couple of days as normal and if the light didn’t go off, then to bring the car in for them to look at it.
Terrific. Out in the middle of nowhere and expected to give our car tyres the kiss of life.
(Thank you google for this image!) 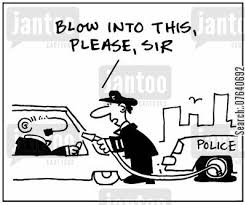 Naturally Hubby was not happy with me driving now so we swapped back again.
Traffic was heavy, he was getting angrier and more frustrated with the hold ups, and about half an hour from our destination, road works had ramps of various heights in the road surface which was slowing everyone down even more.
And still the rain kept falling.

It had taken us almost four hours to get to my sisters, and I thought it would be just our luck for them to be out!
They weren’t (yay!) and Sis was making a sandwich for their lunch.
(Plus some goodies had just come out of the oven)
Mum was pleased with her flowers, and Sis was pleased with the doughnuts.
We were pleased for that cup of sweet nectar (aka tea) and the sandwich.
And hinted for some ‘samples’.

Sis had made pork and apple sausage rolls, and two fruit cakes.
Very nice and very yummy.
One fruit cake was allocated for someone else, but the other had our name on it (though Sis didn’t know that at the time, not that we’re gluttons you understand). 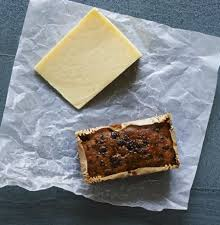 Sis asked Mum if she’d like a piece of cheese with her cake (this is quite popular, especially if said cake is still warm). Mum replied yes please, but she’d like a piece of cake first.
Sis said that she’d left a piece on a plate for her, and Mum said that she’d already eaten that, so could she have another to go with her piece of cheese.
Hubby was munching his way through his slice as was I, and when cheese was mentioned, I put my hand up too.
Jokingly, Sis asked Hubby if he’d like another piece to which he pushed his empty plate towards her and nodded.
I’m afraid between the four of us, we demolished most of her fruit cake in less than half an hour, leaving just one small solitary piece (and a load of crumbs) on the tray.

I then whispered (loudly) to Hubby to distract Sis so that I could smuggle the uncut cake out of the kitchen in my handbag.
Sis told me it was for someone else and to keep my eyes and mitts off!
Hubby and I then playfully began plotting to kidnap the cake, as I don’t bake any more.
Somehow, a computer problem was mentioned so Hubby volunteered to have a look at it.
As Sis led him to her computer, I made my way stealthily towards the cake.
‘Don’t even think it!’ she yelled.

Mum and I chatted about lots of things whilst Hubby was problem solving upstairs.
Mum could remember various dogs we had, but not their names or where we lived when we had them.
We talked about relatives past and present, and someone who came to live with them when his parents were killed in the war.
She got a little confused about the boat, trying to envisage how we got on and off, so I tried to describe it as easily as I could, and for size, compared it to the lounge.
We got onto the subject of memory and forgetting things, so I told her it happened to us too and I could walk from one end of the boat to the other and forget why or what I was going to do in less than thirty feet! I added that it gave new meaning to ‘collecting one’s thoughts’ when I retraced my steps to where I’d started in the vain hope of remembering what I’d intended to do!

Together we did the washing up, and after we’d finished, I hid the second cake in the cake container and covered it with a tea towel. Mum didn’t see me do it, and when Sis came downstairs, she didn’t notice it was gone at first.
She soon twigged though as there was an empty space on the kitchen worktop and a towel where it shouldn’t be, so we had a good laugh about that.
We left just after 4pm, today being one of the longest visits we’ve had.
It was a really good afternoon and I’m glad we went.

On the way home, we went into a garage and put air in the tyres.
Hubby discovered they were down to 28psi instead of 32, and sure enough after a few minutes back on the road, the warning light went off. 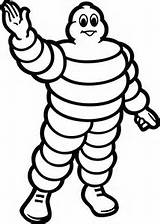 Apart from 2 or 3 drops of rain, we had a good journey, coming back a different way and had no holdups whatsoever.
We were home by 7pm, got fish cake and chips up the road on the way and had two more cups of tea when we got back to the boat.

Tomorrow we are casting off and having a few days away. We need the rest……… 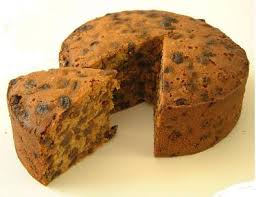 I am a retired number cruncher with a vivid imagination and wacky sense of humour which extends to short stories and poetry. I love to cook and am a bit of a dog whisperer as I get on better with them than people sometimes! In November 2020, we lost our beloved Maggie who adopted us as a 7 week old pup in March 2005. We decided to have a photo put on canvas as we had for her predecessor Barney. We now have three pictures of our fur babies on the wall as we found a snapshot of Kizzy, my GSD when Hubby and I first met so had hers done too. On February 24th 2022 we were blessed to find Maya, a 13 week old GSD pup who has made her own place in our hearts. You can follow our training methods, photos and her growth in my blog posts. From 2014 to 2017 'Home' was a 41 foot narrow boat where we made strong friendships both on and off the water. We were close to nature enjoying swan and duck families for neighbours, and it was a fascinating chapter in our lives. We now reside in a small bungalow on the Lincolnshire coast where we have forged new friendships and interests.
View all posts by pensitivity101 →
This entry was posted in Family, food, humour, Memories, Uncategorized, weather and tagged cake, journey, mum, visit, weather. Bookmark the permalink.

6 Responses to Let Them Eat Cake!