Oh dear.
Our camera has snapped one snap too many and something inside it has snapped.

We were trying to take a picture of the duckling (we think) we saved with Mummy Duck, and the message on the screen was ‘Card Protected’.
Hubby had a look, juggled the slider thingie on the chip, put it back in, and tried again.
Same message.
We accessed the chip on the computer and all was well, so we guessed the chip was finally full and went out to buy a new one the following day.
We were megga peeved to read the same message when we tried to take a picture.

I’ve said before that ours is only a cheap camera, but it did what we wanted it to, take snap shots, and we already knew that the zoom was snap crappy.
But it was still annoying.

Hubby, being a technical guy, took it apart and discovered one of the pins holding the chip was bent. He tweaked it, but in so doing, something went ‘ping’ and a tiny stapler shaped bracket flew into his lap.
He put it all back together, tried it out, but the chip wouldn’t stay in place at all now, so it was designated to the bin (all tiny screws saved by the way, well, you never know when you might need one, and we were doing our own bit of recycling).

Looking in the supermarket earlier in the week for said new chip, we’d seen cameras for £25, so that was where we headed today for our replacement.
It was the same make but a later model, took the same style batteries as ours did, and accepted the SD chips we wanted to use.
Confusion set in when reading the spec on the back of the packaging of other similar cameras with cute little Frozen/Spiderman/Minions on them for £14-£35.
They included chargers, USB leads, and didn’t take batteries or SD chips as there was an inbuilt memory of 110 pictures. 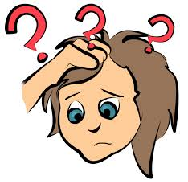 It would be useless us having a camera that needed to be recharged by mains or one which limited us to a specific number of pictures because you can guarantee we would lose count and want to take more than 110 at a ‘special moment’, would not have access to mains, or the means to download them onto a PC to clear the memory.

We went to another outlet, and saw several around the same price with similar in-built electronics, but their returns policy and warranty sucked (past experience).
At a third Hubby was fobbed off with the best B S we’ve heard in years.
‘Sorry Sir, we don’t sell digital cameras any more as everyone has them built in to their mobile phones. Would you like to purchase one of those?’
(That’ll be No.)

So back we went to the supermarket, parted with £25, and will no doubt be playing with our new snapper of shots over the next few days.
Setting it up, I’ve found it’s easier to use already! Maybe I can get the flash to work on this one then (says it’s automatic on the packaging). 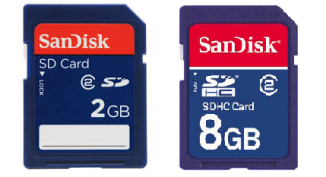 Yep, oodles of space left.
Oh well, now we have an 8 GB spare for those BIG special moments to come.

I am a retired number cruncher with a vivid imagination and wacky sense of humour which extends to short stories and poetry. I love to cook and am a bit of a dog whisperer as I get on better with them than people sometimes! In November 2020, we lost our beloved Maggie who adopted us as a 7 week old pup in March 2005. We decided to have a photo put on canvas as we had for her predecessor Barney. We now have three pictures of our fur babies on the wall as we found a snapshot of Kizzy, my GSD when Hubby and I first met so had hers done too. On February 24th 2022 we were blessed to find Maya, a 13 week old GSD pup who has made her own place in our hearts. You can follow our training methods, photos and her growth in my blog posts. From 2014 to 2017 'Home' was a 41 foot narrow boat where we made strong friendships both on and off the water. We were close to nature enjoying swan and duck families for neighbours, and it was a fascinating chapter in our lives. We now reside in a small bungalow on the Lincolnshire coast where we have forged new friendships and interests.
View all posts by pensitivity101 →
This entry was posted in budgets, humour, Just a thought, My life, oh dear, Opinions, Photos, Uncategorized and tagged camera, chips, snapshot, technology. Bookmark the permalink.

7 Responses to Snap to it