For J and K, Just Kidding

Most of us like a practical joke, but sometimes it can go terribly wrong and have disastrous results.
This happened to a friend of mine and ended in divorce, though it was her own doing.
I’m afraid she got no sympathy from me and our friendship died shortly afterwards. 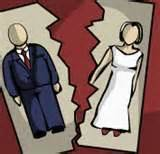 It was coming up for Valentine’s Day, and she decided to send her husband two cards and then make a big thing about who his secret admirer was.

Having disguised her writing on one and been sent on a course in another area, she was able to post them from different places so they had different post marks.
Naturally, they arrived together and her husband was confused as to the sender of the second.
At first, she just teased him and he laughed along at the thought that someone else fancied him. However, she took things too far by nagging and accusing him, despite his denials  and suggestion that someone was probably playing a practical joke on them.
My friend was having none of it, and kept it going for days, relishing in her ‘cleverness’ and insider knowledge while her husband became quieter and more reserved, afraid to do or say anything.
It was a sorry state of affairs, and I could see the strain he was under. My friend however could not see the damage she was doing to their relationship by her stupidity.

Things came to a head through a phone call.
She answered and a woman’s voice asked to speak to her husband.
‘Who are you?’ my friend asked.
‘Just a friend from work,’ came the reply.
‘Well he’s not here!’ she shouted and hung up the phone.

When he got home, she confronted him and wanted to know who this woman was, how long he’d known her and what their relationship was.
He sighed and went upstairs, coming down half an hour later with a suitcase.
He told her he couldn’t take any more of her accusations and was going to stay with a friend until he could sort himself out.
She decided to come clean about the second card, but her husband just shook his head.
‘It’s too late now,’ he said. ‘ I don’t understand how you could accuse someone you love of something you know isn’t true, then continue to do so for two weeks after the event. I never realised you could be so cruel.’
And with that he left.

She rang me and told me what had happened.
‘I was just kidding,’ she sobbed, taking no responsibility for her actions at all.
I could have consoled her and said that maybe he was giving her a dose of her own medicine and that he’d be back, but I didn’t.
Instead I said I didn’t blame him, and it was about time she grew up.
He was sitting forlornly on my sofa, an untouched cup of coffee in front of him, having turned up on my doorstep out of the blue, so I already knew.

Note:
No, it was not me who had rung.

I am a retired number cruncher with a vivid imagination and wacky sense of humour which extends to short stories and poetry. I love to cook and am a bit of a dog whisperer as I get on better with them than people sometimes! We have recently lost our beloved dog Maggie who adopted us as a 7 week old pup in March 2005. We decided to have a photo put on canvas as we had for her predecessor Barney, and now have three pictures of our fur babies on the wall as we found a snapshot of my GSD so had hers done too. From 2014 to 2017 'Home' was a 41 foot narrow boat where we made strong friendships both on and off the water. We were close to nature enjoying swan and duck families for neighbours, and it was a fascinating chapter in our lives. We now reside in a small bungalow on the Lincolnshire coast where we have forged new friendships and interests.
View all posts by pensitivity101 →
This entry was posted in ABC, people, Relationships, Uncategorized and tagged backfired, cruelty, friendship, joke, test. Bookmark the permalink.

4 Responses to For J and K, Just Kidding