On the river with Capt P

Our friend arrived earlier than expected today which worked out absolutely GREAT!
After a much needed cup of tea after his journey, we untied the moorings and set off up river. 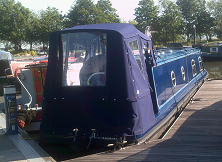 Bud did not like the horn or the engine to start with, but I stayed in the bow with him taking pictures of the trip whilst Hubby and our friend were at the helm.
It has been a wonderful day, he has thoroughly enjoyed himself, and knows he will be the envy of his friends back home, especially when he has the pictures to prove it.

There was one shaky instance when Bud bravely put his head outside the bow, resting his paws on the side. Then he leaned out a bit further and brought his back legs closer, until finally I felt him scrabble his back feet onto my lap and guessed he was going to launch! 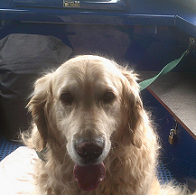 Luckily he was tethered and I was able to push him down, and he soon settled.
Maggie was in her accustomed place on the helm curled up on the coiled mooring rope at Hubby’s feet as our friend steered. 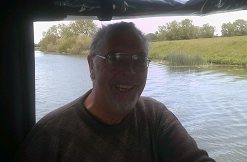 We were out for three hours, and as anticipated, Bud did not like the noise of the bow thruster so he had a little panic, but luckily our friend was with him while we docked, and as soon as we were secure, we took the dogs up for a quick walk where both performed both businesses, and then it was back to the boat for lunch.

In the afternoon, we walked up to the lock, sat and watched the river pleasure cruiser and ducks for a while before getting an ice cream and then walking back.
We had a cup of tea, loads of laughs, and our guests left at 6.30.

Here are some photos of our trip today. Enjoy the ride! 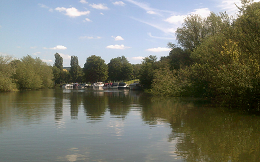 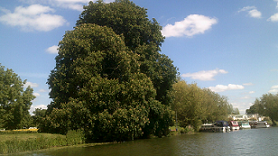 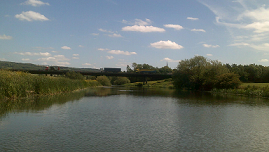 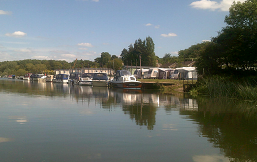 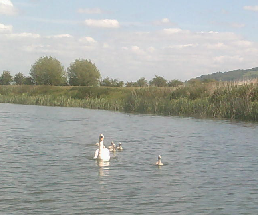 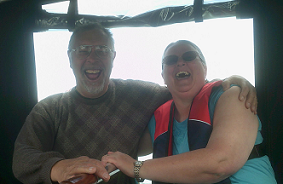 I am a retired number cruncher with a vivid imagination and wacky sense of humour which extends to short stories and poetry. I love to cook and am a bit of a dog whisperer as I get on better with them than people sometimes! We have recently lost our beloved dog Maggie who adopted us as a 7 week old pup in March 2005. We decided to have a photo put on canvas as we had for her predecessor Barney, and now have three pictures of our fur babies on the wall as we found a snapshot of my GSD so had hers done too. From 2014 to 2017 'Home' was a 41 foot narrow boat where we made strong friendships both on and off the water. We were close to nature enjoying swan and duck families for neighbours, and it was a fascinating chapter in our lives. We now reside in a small bungalow on the Lincolnshire coast where we have forged new friendships and interests.
View all posts by pensitivity101 →
This entry was posted in diary, Dogs, life afloat, My life, narrow boat, nature, Photos and tagged boat, dogs, friend, river, trip, views, wildlife. Bookmark the permalink.
Loading Comments...
%d bloggers like this: