For most of our time here, Maggie has been the only dog on our side of this basin.
Visiting owners come and go, some with dogs, most without, but today it’s like some kind of audition for Scruffs, so I hope the marina staff have replenished the poo bag box!

These photos show the dog walk (last summer on our arrival and recently after high water). The images aren’t reversed, the (recent) one on the right being closest to the car park looking towards the corner and the one on the left taken from the bench on the basin entrance looking back.

I have no problem with large groups of dogs (unless they seem aggressive, obviously in which case I steer well clear), and lately Maggie has been really co-operative socializing with the minimal Elvis impressions.

On our pontoon, the couple second from the end are here with their black labrador and border terrier.
The boat up from him is owned by the Marina Boss and he has a border collie of 5 months that is now bigger than Maggie (but he hasn’t brought the dog down yet).
There are then two boats that are dogless.
Next in line is a single guy looking after his friend’s jack russell.
Next to him is our mechanic friend who is taking care of his partner’s heinz variety as her son is in hospital following a car accident (car write off, son on the mend).
Then you have our ‘two boats and a duck’ neighbours and us.

Going up on the other side towards the car park, it’s all cruisers and immediately next to us is a couple with a huge labradoodle, then another with a westie. Most of the other boats are dog free until you come to the three boats from the end where you’ll find a poodle, followed by a westie cross and on the final boat a cute black and white papillon who we’ve called Thug as he trashes us every time we pass, he is so people oriented and absolutely gorgeous.
(It’s OK Maggie, Mummy loves you best).

Over the way we have a westie/border terrier/jack russell mix everyone calls Physco (including his owners) who is terribly anti social. His owners are very nice and aware of the fact, so keep him away from any other dog, even if it means carrying him off the pontoon and putting him in their car. Then we have a couple with three dogs (springer, jack russell and a smaller dog) and at the other end of that pontoon is a lady with a bassett hound. There are also the two mop head dogs somewhere in the middle but I haven’t seen them for months.
On the furthest pontoon, there are 2 black labradors  and a whippet that I know of, and on the river bank itself we have an array of schnauzers, more westies and a springer spaniel.

The three dog couple are friends of those with the labradoodle, so they came over this afternoon for tea and to catch up as they hadn’t seen each other in a while. We are friendly with them all, so Maggie is therefore used to them and there was no problem of her barking at anyone or any of the canine visitors either.

Having four dogs and four adults in a moderately sized cruiser might not have been a good idea, especially when it was time to depart, ie get off.
Although I didn’t see anything, I certainly heard it.
There was a scuffle, some excited barking and a loud splash.
Maggie decided to join in so I held her muzzle which is a sign that her behaviour is unacceptable and usually works.
She looked at me sideways and tentatively barked a couple of times in diminishing volume. I just glared back. She got the message and settled down.

Meanwhile over in the middle ranks, the three dog couple were back at their boat and all dogs were present and accounted for. The labradoodle was hanging out of the back of the cruiser next door barking joyously, also dry.

I hadn’t heard any human screams, so no-one had fallen in, so I guess it was a group of ducks that had been startled by so many four footed furry beasts.

Since I started writing this post, we have had a new arrival ** pull up in our official berth.
It would appear that they have been allocated the one next to us which is currently occupied by our neighbour’s second boat.
The duck is still sitting on her eggs and so their original boat is unlikely to be moved until they hatch, which could be another 2 to 3 weeks.

We’re quite happy where we are at the moment, we just have a minor problem with our shoreline cable which is across the pontoon finger under Hazard Warning tape (ours) as we have a significant credit on the electric meter. Everyone is aware of this as it’s only a temporary measure though easily enough remedied, but it means that the new boat (another 60 footer) has no access to electricity unless they too snake their cable across the pontoon finger to connect up to a meter point directly behind us.

All of the marina staff had gone home prior to their arrival, so we sorted it out amongst ourselves and tomorrow will see who moves where.
That is probably going to be the subject of my next post as it could end up being quite a headache and drama for the Manager.

** Oh, and just for the record, they have a dog too, a tiny black poodle not much bigger than Maggie’s head! 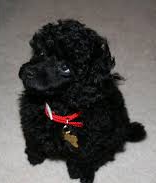 I am a retired number cruncher with a vivid imagination and wacky sense of humour which extends to short stories and poetry. I love to cook and am a bit of a dog whisperer as I get on better with them than people sometimes! We have recently lost our beloved dog Maggie who adopted us as a 7 week old pup in March 2005. We decided to have a photo put on canvas as we had for her predecessor Barney, and now have three pictures of our fur babies on the wall as we found a snapshot of my GSD so had hers done too. From 2014 to 2017 'Home' was a 41 foot narrow boat where we made strong friendships both on and off the water. We were close to nature enjoying swan and duck families for neighbours, and it was a fascinating chapter in our lives. We now reside in a small bungalow on the Lincolnshire coast where we have forged new friendships and interests.
View all posts by pensitivity101 →
This entry was posted in diary, Dogs, humour, life afloat, Marina, My life, narrow boat, observations, Uncategorized and tagged boats, dogs, Maggie, owners. Bookmark the permalink.

4 Responses to Too Many Dogs