Food prices are on the way down

According to the media here in the UK, food prices have gone down and as such have assisted in reducing our inflation to 0.5 % in January.
It’s an Election Year.
The figures have to be low/look good so that the nation has a feel good factor.
In reality, the way I see it is a low inflation figure means less money by way of increases for our pensioners as that is what our Government base said increases on.
Looking good means our Government is doing a fine job, everyone is happy, and will vote them in again in May.
I have two words to say:

I am lucky in that Hubby takes an active interest in our monetary matters and mundane things like SHOPPING is a joint effort.
In the past, every so often we would take a basic list of groceries to a different supermarket for a price comparison. This was a two fold exercise as
a) it stopped us getting a false sense of security, and
b) we might get a bargain or two on our basic items.

Today it’s been cold, wet and miserable, and although we don’t get wet, sitting around all day in a tin can on the water can make us the other two, so we decided to go out.
It was an interesting morning.
That can of crazy foam I talked about the other day? Ridiculously priced at £7 and is still in the shop (s). We do however have a plan B with bubble wrap.
Hubby did get a rubber connector for his PC cable though for less than two pounds.
Lunch was on me, and we saved twenty pence by having coffees instead of milkshakes with our dinner out (wow).

Hubby wanted to find the hospital, A&E to be exact, so getting the map book out as there was no signage the direction we were going in, we found it eventually (actually behind us down a road to our right).
Don’t panic, there’s no reason, just that there is no A&E at the local hospital here, and well, you never know should an emergency arise.

Coming back, we came across a Superstore we have passed several times but never actually gone in. In fact, it’s an outlet we don’t shop in at all because we have heard it is expensive.
But recent reports have been singing its praises and seeing as we haven’t done our exercise for a while, we thought we’d give it a go, but just on a pricing basis, not actually buying anything.

It’s a smashing store.
Big, airy, light, and has not only a cafe, but a full fancy restaurant.
Even better, parking is undercover and free for three hours, and there is a lift up to the shop floor.

We met a lady trying on hats and remarked how nice the one she was just putting back had looked on her. She said she felt a bit stupid wearing one as it wasn’t actually a hat, more of a scarf/half hat for the head as the skull part (where most heat is lost through your bonce) was missing. 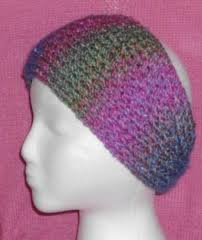 She decided to leave it on the shelf and continue with the foldaway hood in her current coat.

The aisles are well spaced, and well stocked, everything clean, tidy and well presented.
It’s a very popular store, and judging by the prices, only used by the rich.

People don’t believe us when we say our average weekly shop is around £25.
There are times when it is considerably more than this, but then if cleaning agents, dog food and toiletries are required, they can knock the bill total up.
But for food, it is pretty standard, and we don’t starve. Mind you, we do have the time to shop around and use several of the discounted stores.

My figures are based on the economy brand or cheapest alternative in the Superstore.
Note the only thing that is the same is Maggie’s dog food at £6.50 though we can get it cheaper when it’s on special offer every couple of months or so.

The figures in red are the percentage differential on what we pay. The total overall in W was more than 75% above our usual shop. On a tight budget, that’s a lot.
Food prices going down? pfft!
I dread to think what W’s original prices were. Either that, or they didn’t get the memo.

I am a retired number cruncher with a vivid imagination and wacky sense of humour which extends to short stories and poetry. I love to cook and am a bit of a dog whisperer as I get on better with them than people sometimes! In November 2020, we lost our beloved Maggie who adopted us as a 7 week old pup in March 2005. We decided to have a photo put on canvas as we had for her predecessor Barney. We now have three pictures of our fur babies on the wall as we found a snapshot of Kizzy, my GSD when Hubby and I first met so had hers done too. On February 24th 2022 we were blessed to find Maya, a 13 week old GSD pup who has made her own place in our hearts. You can follow our training methods, photos and her growth in my blog posts. From 2014 to 2017 'Home' was a 41 foot narrow boat where we made strong friendships both on and off the water. We were close to nature enjoying swan and duck families for neighbours, and it was a fascinating chapter in our lives. We now reside in a small bungalow on the Lincolnshire coast where we have forged new friendships and interests.
View all posts by pensitivity101 →
This entry was posted in budgets, food, Frugality, numbers, observations, Opinions, Uncategorized and tagged cost, food, food prices, government, humour, pay rise, percentages, prices, shopping. Bookmark the permalink.

2 Responses to Food prices are on the way down