Time to get up

We’ve all had those days when we don’t want to get up. You’re snuggled under the duvet, the pillows are just right, you’re comfy, warm and content, and just want to stay where you are. 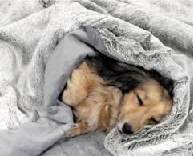 You are probably wondering what these two songs have to do with my post today.

Following receipt of an email from my sister on Thursday, Hubby and I decided to pay a visit yesterday.
My Mum had taken to her bed over three weeks ago and was making no effort to get up.
I know she’s been ill, but this time frame was worrying and nothing my sister or her family could do would get her out of bed, show an interest, or as Sis put it ‘cheer her up’.

Sis was out when we arrived (a club meeting of which she is a trustee) but my niece was there with her little girl to let us in, and after the usual pleasantries, I went up to see Mum.
I quietly opened the door and she was lying there on the bed in her bedsocks and nightie covered with a light blanket, her eyes closed.
I could just make out the scar from her heart operation so many years ago, and noticed the skin on her arms and face was sallow and ill fitting now. The liver spots on her hands were much larger than I remembered too.
She looked every day of her 92 years, and I felt a horrible lump in my throat.
‘Hi Mum, ‘ I said cheerfully. ‘Shift your ass and get yourself out of bed you lazy cow!’
My Mum is by no means lazy, and she’s no cow either, but I wanted to shock her into giving me her full attention.
She opened her eyes with a start, focused, realised it was me, then smiled.

I stayed up there for almost an hour, talking, chatting, joking, and occasionally throwing in the reprimand that she should really get up and dressed, even if it was only for an hour or two. It was doing her no good whatsoever staying in bed all day, she needed to mobilise herself to help her circulation and get out of her bedroom. Lying in the same position all day was also doing nothing to clear her chest.
I looked at the ceiling and said at least she didn’t have huge purple pansies to look at.
She looked confused until I explained about a house we’d viewed years ago with purple pansies on the bedroom ceiling and red poppies on the back wall behind the bed. It was gross, and even ten coats of paint wouldn’t have covered them. She laughed at that.

My niece had taken her up a light lunch to tempt her appetite before we arrived, but it was untouched. Mum still hasn’t been eating or drinking very much, so I got the plate and sat back on the bed, pushing a piece of sausage roll towards her. It was an effort, but she ate it.
I then said I was going downstairs for my cup of coffee and did she want anything. She asked for a cup of tea, so I took one up, then left her alone for a bit.

Mum is stubborn and once she digs her heels in, there’s no shifting her.
Many years ago, she was bitten by a hybrid fly but refused to go to the doctor. I was living some 60 miles away at the time, and when visiting, noticed the bandage so asked her what was wrong. I could see the inflammation from where I was sitting and asked if the skin was blistered and weeping. She said it was ‘a little bit’ so I told her to get herself down to the docs asap before it ulcerated and she lost her leg.
She told me not to be daft, to which I replied,
‘Let’s put it another way. If you don’t go, I’ll come down myself and drag you into the surgery to get it sorted!’
She went, got some antibiotic medication and proper dressings, and although it took 4 months to fully heal, it was sorted.

After a quick sandwich and one of my great niece’s mini chocolate chip muffins (which she and her Mummy had bought especially and please would I have one), it was time for Round Two.

I was glad to see Mum had drunk her tea and had another piece of sausage roll.
‘Next time we come down’, I told her, ‘we’re going to take you out for lunch, even if it’s only to McDonalds so that you can sit on a mushroom’.
She didn’t understand, so I explained about kiddies parties at McDs where they all sit on mushrooms, play games, eat their burgers and are entertained by some clown in a suit (or at least they did have such parties 30 years ago).
She didn’t think she could play the games or eat a whole burger, then suddenly said
‘Aren’t you living on a boat now?’
So I told her a bit about our floating caravan, then reminded her about her leg incident all those years ago.
‘Get yourself up tomorrow, get dressed and go downstairs, just for your breakfast. You can always come back up to rest. But get your act together, because no-one can do it for you’.
‘I don’t know. I still keep getting these giddy turns and I’m afraid of falling backwards’.
I told her ‘ No problem, we’ll get you a temporary zimmer frame,  and buy you some belt and braces to attach you to it! Have you dancing in no time. Biscuit?’ and pushed her plate towards her again.

We talked about the dog. And I nagged.
We talked about my eldest nephew. And I nagged some more.
She thought Maggie was 5, so we talked about her being 10, and still I nagged.
We talked about ages, and I said I’d be 60 next year. She said she would be 93 in May this year, which is right. She said she didn’t know where the time goes.
She promised she would get up tomorrow, just for a little while.
I said great, I’d ring her in the morning to make sure she did.
I took hold of her papery hand and held tight.
‘I’m sorry to bully you Mum, but I don’t like to see you like this. You have to get up and out of this room. It’s so easy not to want to bother and keep putting it off. But once you’ve done it, the next time will be easier. Baby steps. A bit at a time. A couple of hours one day, a couple more the next. Don’t make me so cross I have to come down and drag you out of bed myself. You know I will. I love you Mum.’

Mum looked at me. I mean really looked at me, and saw Me, her youngest daughter, not some vaguely familiar visitor she couldn’t put a name to.
‘I know you do,’ she said. ‘I love you too, I don’t think you realise how much.’
That was almost my undoing.
Heading for the door, I said,
‘I’ll speak to you tomorrow. Rest now. Love you’ and left.

I rang this morning.
Sis was just getting up to have a shower before taking the dog out. Mum wasn’t up and she’d just taken in her breakfast.
I’d sent an email last night when we got home to let her know about my’ bullying tactics’, and hope it had had some effect. Sis was negative saying Mum wouldn’t get up if she didn’t want to, so she was going to do what the doctor had suggested and let her get on with it.
I told her to tell Mum I’d rung, and how disappointed I was that she’d broken her promise about getting up today. Sis said it was all right for me, I could come and say what I liked, go away and not have to face any repercussions.
Yeah, she’s right, I don’t, (Mum didn’t want to come to live with us) but that doesn’t mean I don’t care. I’m also prepared to give Mum the verbal kick up the backside to get her on her feet again.

I rang again this afternoon. It was an age before the phone was answered and a very shaky voice said hello. I barely recognised it as my Mum, so told her who it was and asked if she was up.
‘I’m up,’ she said wearily, ‘but I’m feeling tired.’
I asked if she was dressed and downstairs, and she said no, but she was up, and she would get dressed tomorrow.
I told her I loved her and that I’d ring tomorrow to make sure.
What I didn’t tell her was that I intend to ring every day until she’s on her feet, and then we’d go down and take her to lunch. 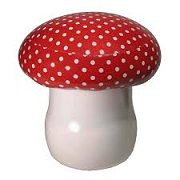 I am a retired number cruncher with a vivid imagination and wacky sense of humour which extends to short stories and poetry. I love to cook and am a bit of a dog whisperer as I get on better with them than people sometimes! We have recently lost our beloved dog Maggie who adopted us as a 7 week old pup in March 2005. We decided to have a photo put on canvas as we had for her predecessor Barney, and now have three pictures of our fur babies on the wall as we found a snapshot of my GSD so had hers done too. From 2014 to 2017 'Home' was a 41 foot narrow boat where we made strong friendships both on and off the water. We were close to nature enjoying swan and duck families for neighbours, and it was a fascinating chapter in our lives. We now reside in a small bungalow on the Lincolnshire coast where we have forged new friendships and interests.
View all posts by pensitivity101 →
This entry was posted in Family, health, music, Opinions, Relationships, Uncategorized and tagged Cruel to be kind, family, from the heart, lunch, mum, serious, teasing, visits. Bookmark the permalink.

5 Responses to Time to get up