A comment on my HDi post has instigated this one, so thank you dear friend for giving my head food for fodder!

Up until yesterday, Hubby and I have always had a vehicle each except for a few months when he was working night security and had the use of a company van. The person finishing their shift would collect him and he would drive them home, then he would collect the next shiftee and they would drive him home. It worked pretty well until a change of policy, so we ended up buying a ‘cheap’ runabout.

Several years before we moved to Lincolnshire, we did a comparison exercise on the pros and cons of Car Ownership versus Public Transport.
It didn’t help that we worked in opposite directions, started and finished at different times but neither coincided, and had a fair walk to and from the nearest bus stop at each end.
Hubby worked 5 miles away and I worked two, and neither were on a direct bus route.

Hubby first:
His job required the use of a tool kit and electronic gear that was cumbersome and heavy. It was also too expensive and specific to the job to leave on site.

To catch a bus would entail a five to ten minute walk to the bus stop, where buses ran every half an hour. He would have to change en route, getting to another bus stop to catch the next one that also ran every thirty minutes.
The bus fare was £2 on one, and £1.75 on the other each way, so £7.50 a day. He couldn’t get a monthly saver ticket due to time restrictions as they could only be used between 9.30 and 4. He started at 8 and finished at 5.
When he got off at the other end, he still had a short walk up a very steep hill.
No-one he worked with lived anywhere near us.

Now me:
Have pen, will travel, so no tools to carry other than my trusty handbag and packed lunch.

(Sorry, couldn’t resist, you know what they say about a woman’s handbag and food).

I had a choice of buses, each requiring a change somewhere along the way, but again the time frame for a saver ticket was the same with the added restriction of one definite route only. Surprisingly, the fare was on a par with Hubby’s, so £7.50 a day, and I had a short walk to and from the bus stop.
My hours were 8 to 4 one week , 9 to 5 the next, but due to the nature of my job (financial analyst) I could be working until 7 or 8 at night to meet a specific deadline.
Regardless of my hours, with my start times I would still have to do battle with the kids who weren’t eligible for bus passes living less than 5 miles away from their school, so I’d be lucky to find a seat, if the bus wasn’t already full, in which case, they didn’t stop anyway.
I could walk to work in about 50 minutes which was OK in the summer on a dry day, but a bit dodgy in the dark, plus I had serious weight issues then and walking long distances wore and puffed me out.
Again, no-one I worked with lived close.

Until you compare it to this:
We drove 2 small and economical cars.
Even allowing for two lots of insurance, road tax, MOT and maintenance, the legal necessary cost was only around £510 a year.
Mileage on both vehicles was about 55 to the gallon, so to travel 3360 miles would use just over 61 gallons of fuel, or around 278 litres. Fuel was less than a pound a litre then so that equated to £275 or thereabouts.
So to do our 3360 miles would cost us £785 or 22p a mile.

OK, I admit that both of our work offices provided free parking, so there were no car park fees to find. 🙂

Now add the convenience of more than one journey, like health appointments, shopping, socialising etc.
For us, it therefore made more economic sense to run both vehicles when we were both working,

rather than this trying to catch a bus. 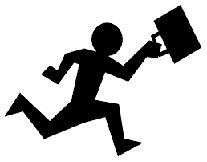 I am a retired number cruncher with a vivid imagination and wacky sense of humour which extends to short stories and poetry. I love to cook and am a bit of a dog whisperer as I get on better with them than people sometimes! We have recently lost our beloved dog Maggie who adopted us as a 7 week old pup in March 2005. We decided to have a photo put on canvas as we had for her predecessor Barney, and now have three pictures of our fur babies on the wall as we found a snapshot of my GSD so had hers done too. From 2014 to 2017 'Home' was a 41 foot narrow boat where we made strong friendships both on and off the water. We were close to nature enjoying swan and duck families for neighbours, and it was a fascinating chapter in our lives. We now reside in a small bungalow on the Lincolnshire coast where we have forged new friendships and interests.
View all posts by pensitivity101 →
This entry was posted in budgets, humour, Just a thought, My life, numbers, Uncategorized and tagged convenience, costs, humour, practicality, pros and cons, vehicle. Bookmark the permalink.