No news is good news

I have just got up and Hubby has kindly left the radio on thru his computer whilst he took the dog out. (We had to take the DAB aerial down when we did our secondary glazing and as we were out yesterday, we haven’t got round to putting it back up yet).
I know there isn’t much news these days, but this broadcast proves it.

For the past half hour I have been listening to a sports report about a team playing against Manchester United at the weekend, and coming second last year to Manchester City.
Not following the footie, I have no idea what team he’s talking about, or when.
One phrase caught my ear…..’ pick themselves up now’ and initially I thought the script a little restrictive as the reporter said this of every team he was discussing.

After ten minutes (I’m really awake!), I finally cottoned on that the broadcast was on a ten second loop. 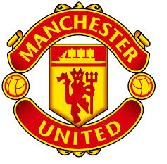 Hurrah!
Hubby has just got back. It’s been 45 minutes and he can now turn the damn thing off because I don’t know how on his computer and it looked like he was in the middle of something so I couldn’t just switch off!

I am a retired number cruncher with a vivid imagination and wacky sense of humour which extends to short stories and poetry. I love to cook and am a bit of a dog whisperer as I get on better with them than people sometimes! In November 2020, we lost our beloved Maggie who adopted us as a 7 week old pup in March 2005. We decided to have a photo put on canvas as we had for her predecessor Barney. We now have three pictures of our fur babies on the wall as we found a snapshot of Kizzy, my GSD when Hubby and I first met so had hers done too. On February 24th 2022 we were blessed to find Maya, a 13 week old GSD pup who has made her own place in our hearts. You can follow our training methods, photos and her growth in my blog posts. From 2014 to 2017 'Home' was a 41 foot narrow boat where we made strong friendships both on and off the water. We were close to nature enjoying swan and duck families for neighbours, and it was a fascinating chapter in our lives. We now reside in a small bungalow on the Lincolnshire coast where we have forged new friendships and interests.
View all posts by pensitivity101 →
This entry was posted in humour, Uncategorized and tagged footie, radio. Bookmark the permalink.
Loading Comments...
%d bloggers like this: