A post popped up in my reader today about meeting one’s Mr Right.
As I was a bit stumped for a topic today, this is my story (thank you for the inspiration).

The way Hubby and I met was not original, but was perhaps a little different, and I know I have mentioned it in at least one previous post .

In most newspapers these days there is a column, if not page, for Meeting New People.
Years ago it was referred to as Lonely Hearts, and Hubby placed an ad looking for a soul mate for friendship, to which I replied.
I deliberated over posting my letter for a few days, but decided I had nothing to lose, and was most surprised when I got a reply.
I wrote a second letter, and two days later received a phone call suggesting we met up.

It was decided to meet at a pub about a mile from where I was living, so I walked, knowing it was on a bus route if I changed my mind or my feet ached too much for the return journey. If we hit it off, hopefully, he’d give me a lift.

I was early.
But then, so was he, as I saw his car in the car park (he’d given me his registration number, make and model).
I sat on the wall outside and smoked 2 cigarettes, shaking like a leaf.
Finally finding my nerve, I turned to see this guy walking towards the car, and said the first thing that came into my head:
‘So this heap’s yours, is it?’
Not taking offence at insulting his choice of transport (a Lada), it turned out he was getting cold feet about our meeting and was about to leave, but rather than appear rude, he invited me inside for a drink anyway.

I did most of the talking (I tend to babble when I’m nervous) and he let me, though he did join in the conversation from time to time (‘Can I get you another drink’, kind of thing).
We had a pretty good night actually, despite having hardly anything in common apart from NOT looking for romance in any form, shape or size, both of us were practically skint,
and all we were looking for was friendship and company.

At closing time, he offered to run me home, and I was stunned by his behaviour……… he opened the passenger door for me before his own and getting behind the wheel, something that was so ‘gentlemanly’ , something I just wasn’t used to. 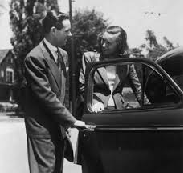 I invited him in for coffee, and he left about an hour later, having agreed to come over two days later for my birthday and to meet my brother and his family.
I was disappointed at not getting a kiss goodnight, not even a peck on the cheek, but I’d had a really pleasant evening and thought that this was a guy I could trust.

Over the next few months, we spent practically every evening together.
The first meal he cooked for me (in his bedsit) was liver, bacon, cabbage and mash with onion gravy (my favourite). The first meal I cooked for him was a throw-it-all-together pizza effort as there was very little in my sister-in-law’s cupboards. He actually liked it!

We saw sunsets and sunrises, pored over ways to save a few quid here and there (despite holding down 2 jobs I was only just making ends meet), but we never took each other for granted, neither did we borrow off each other. If we didn’t have any spare money, we went for walks with my dog of the time, people watched over a bag of prawn crackers at a bus stop, or just stayed in watching TV.
At my second job, my friend locked her keys in her car, and he was able to retrieve them for her without breaking locks, windows or doing any damage to her car in the process.
She told me to keep him as he was useful! So I did!!

We don’t know when the slushy stuff happened, but it just seemed the most natural thing in the world to get a flat together.
We got married in 1991, two years to the day we met, and joke that I didn’t marry him for his body and he didn’t marry me for my money.
We were interviewed for an article in the paper where it all started and I still have the cutting.
Hubby still has my letters.
Romantic? 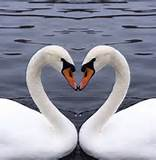 Yeah, I guess so.

I am a retired number cruncher with a vivid imagination and wacky sense of humour which extends to short stories and poetry. I love to cook and am a bit of a dog whisperer as I get on better with them than people sometimes! We have recently lost our beloved dog Maggie who adopted us as a 7 week old pup in March 2005. We decided to have a photo put on canvas as we had for her predecessor Barney, and now have three pictures of our fur babies on the wall as we found a snapshot of my GSD so had hers done too. From 2014 to 2017 'Home' was a 41 foot narrow boat where we made strong friendships both on and off the water. We were close to nature enjoying swan and duck families for neighbours, and it was a fascinating chapter in our lives. We now reside in a small bungalow on the Lincolnshire coast where we have forged new friendships and interests.
View all posts by pensitivity101 →
This entry was posted in Family, Memories, Relationships, Uncategorized and tagged partnership, sharing, soul mates. Bookmark the permalink.