Yo yos, Swings and See Saws. 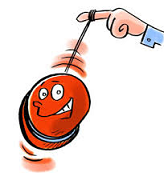 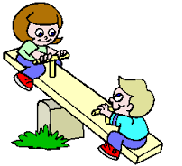 Or another way of saying trying to balance the books and keep our heads above water.

I hate to admit it, but I’ve failed.
There are just some things that have a way of getting away from you, and our electricity is one.

The price per Kwh is on a par with what we were paying in the house. And there lies the problem. The House.
Like a twit, I have been trying to budget the boat on the same lines as The House and of course it is never going to work, duh. 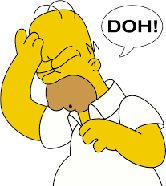 Apart from the winter fuel (oil and coal total cost around £800 which we’d pay out in August but this would last us the entire year),  bills like the electric were paid by a fixed monthly direct debit that evened out over the year. In fact the electricity board always owed me by the end of it.

The boat is an entirely different entity, and I was daft not to modify my thinking sooner.
We can’t pay anything by fixed anything, so have to Pay as We Go, and checking our meter reading on the pontoon this afternoon, I will be putting on our THIRD 100 Kwh credit this month.
Ouch.
That’ll be over fifty quid, more than twice our previous monthly payment.
My post Wake up Call describes my reluctance to pay over the odds for anything, so you may well understand why I am kicking myself over my stupidity.

If I were to just throw a year’s worth of money into a pot and draw on it as and when required, the chances are I would probably have enough left over after twelve months to purchase a small bar of chocolate as my reward for frugal living.

I’m sort of doing that, but instead of drawing on the Boat Pot, I have been using our monthly income to buy our electricity, and so of course it’s a LOT going out in one direction that I’m not used to, which in turn puts a squeeze on everything else. 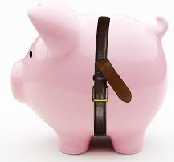 We have discovered that the little oil filled radiator isn’t quite man enough to heat the boat after all and we have several cold spots which are adding to our condensation problems. We have therefore gone out and purchased a second radiator so that we can place one at each end. This was a third of the price of the first, but then wasn’t available when we bought that!
The hot water bottles and extra blanket kept us warm last night as we hit minus two, and we have done the first window with our picture frame fix. It looks pretty good, and tomorrow will tell if it works or not. If so, we will do the other two portholes.
If not, someone is going to be very lucky with a Christmas present.

Now going back to that winter fuel bill of £800.
I haven’t got to pay that money out now, and even if we do fork out £50 a month for electricity, that does include our heating, and in the warmer months, we will be down to paying less than half that, so again it evens out. We may even end up having a ‘free month’ as no refunds are given.

I’m on top of the budget thing though, so it’s not as bad as it originally sounded.
We have no water rates to pay as it’s included in our mooring fees, and we empty our own waste from our cassette loo. Brown water from washing and washing up goes straight into the Marina, so unlike some of the bigger boats, we have no worries of a holding tank and having to take the boat to be pumped out at a cost of £10.
Showers are also free in a centrally heated block with lashings of hot water.

So maybe I haven’t failed as such. I just need to adapt my budget methodology.

I am a retired number cruncher with a vivid imagination and wacky sense of humour which extends to short stories and poetry. I love to cook and am a bit of a dog whisperer as I get on better with them than people sometimes! In November 2020, we lost our beloved Maggie who adopted us as a 7 week old pup in March 2005. We decided to have a photo put on canvas as we had for her predecessor Barney. We now have three pictures of our fur babies on the wall as we found a snapshot of Kizzy, my GSD when Hubby and I first met so had hers done too. On February 24th 2022 we were blessed to find Maya, a 13 week old GSD pup who has made her own place in our hearts. You can follow our training methods, photos and her growth in my blog posts. From 2014 to 2017 'Home' was a 41 foot narrow boat where we made strong friendships both on and off the water. We were close to nature enjoying swan and duck families for neighbours, and it was a fascinating chapter in our lives. We now reside in a small bungalow on the Lincolnshire coast where we have forged new friendships and interests.
View all posts by pensitivity101 →
This entry was posted in budgets, change, diary, Frugality, home, life afloat, My life, Uncategorized and tagged bills, budget, cost, heat, warmth. Bookmark the permalink.

2 Responses to Yo yos, Swings and See Saws.