For the first time since our arrival, we are ‘boat bound’.
It hasn’t stopped raining since 10pm yesterday, luckily just after we’d settled down for the night having taken Maggie out for her final wee.
These days I’m not worried about rain, or the wind for that matter, though we had our fair share of that as well last week.

Hubby was up at 6.45 to walk the dog as usual. He donned his waterproofs (jacket and pants), and Maggie was similarly dressed in her modified coat too.
I decided to get up shortly after they left, putting the water on, and preparing for their return by having towels and the hairdryer to hand.

As it turned out, the hair dryer wasn’t needed and I only had to dry Maggie’s feet and her head as her coat had kept the rest of her pretty dry. Hubby was dripping well on the rear deck as he took off his waterproofs to hang them up,  but all in all it had been a successful walk.

The rain did not let up, but we had to go out to go to the bank and get Hubby his currency for his trip. We also had a bit of shopping to do, plus I needed to make an appointment for my diabetic eye screening. The new surgery is certainly on the ball as I’m due to have my official foot inspection at the hospital tomorrow (hairy toes and all)!

We took advantage of an ease in the rainfall (though it still kept coming), legged it up to the car like a set of black plastic bin bags, and went about our business.
By the time we got back to the Marina though, it was raining even harder so we let Maggie have a quick wee, loaded up from the car and made our way back to the boat as quickly as we could.

Once on board, off came the waterproofs, on went the kettle. Dog was duly dried off and we put the shopping away. Lunch was soup, so very warming, and we put the heating on for just five minutes to take the chill off.
The rain is getting heavier, so Maggie hasn’t had her third wee walk yet, mind you,  she’s not daft and is curled up nice and warm against my hip giving it ZZZzzs.
I won’t disturb her.

The problem though is we are both having an attack of the munchies.
So far, as well as our lunch, we have got through a pack of doughnuts, a bag of chocolate brazils, a bag of salted cashews and a packet of crisps, all this whilst watching our copy of Salt and now World War Z.

Sadly that’s the trouble when you go shopping on a rainy day.
Nice things intentionally bought for the week go in more or less one sitting.
Good job I hid the biscuits! 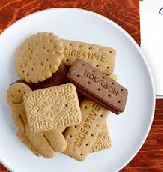 I am a retired number cruncher with a vivid imagination and wacky sense of humour which extends to short stories and poetry. I love to cook and am a bit of a dog whisperer as I get on better with them than people sometimes! In November 2020, we lost our beloved Maggie who adopted us as a 7 week old pup in March 2005. We decided to have a photo put on canvas as we had for her predecessor Barney. We now have three pictures of our fur babies on the wall as we found a snapshot of Kizzy, my GSD when Hubby and I first met so had hers done too. On February 24th 2022 we were blessed to find Maya, a 13 week old GSD pup who has made her own place in our hearts. You can follow our training methods, photos and her growth in my blog posts. From 2014 to 2017 'Home' was a 41 foot narrow boat where we made strong friendships both on and off the water. We were close to nature enjoying swan and duck families for neighbours, and it was a fascinating chapter in our lives. We now reside in a small bungalow on the Lincolnshire coast where we have forged new friendships and interests.
View all posts by pensitivity101 →
This entry was posted in food, home, humour, Uncategorized, weather and tagged chocolate, diabetes, dog, food, hungry. Bookmark the permalink.

1 Response to All aboard