A container for charity

Following on from my post yesterday, we were up early, and down at the lock up for 8am.
We loaded up the car with the boxes we had sorted yesterday and did a charity shop run.
Yesterday’s ‘deposit’ was received with a resigned grunt, which pissed Hubby off no end, so today we went elsewhere.
We used to do our bit for one of the Aid charities, but I discovered several years ago that most of the money raised was eaten up in admin costs, and very little found its way to where you would expect it to go.

When my Dad died, we decided to donate all of our unwanted but good stuff to the Heart Foundation charity in his memory.
It’s amazing how attitudes have changed, and now taking receipt appears to be a chore.

Today, we were outside the Great Danes Rescue shop with our boot load of stuff, and there was a note in the window that they were desperately short of books, DVDs and bric a brac.
Well, 2 out of 3 ain’t bad, and we still had lots to go through.
Anyway, come 5 to 9, no-one was around and so I rang the number on the board.
A very happy lady answered and informed me that they didn’t open until 10, but someone was usually there by 9.30, so we decided to take the dog for a walk in the local park.
I hadn’t realised that they had an aviary there full of cockatiels, budgies and a variety of finches, which were all chirping their heads off like a welcoming committee.

We took a lot of our downsizing stuff to the GDR, including our full set of CSI (seasons 1-9) which they sold as one lot for £75 the same day it was put in the window.
Today, we off loaded and the guy was profuse with thanks.
This afternoon, we went back with another full boot (trunk for our American friends), and asked if they could take it.
Hubby was encouraged to reverse down the alley to make it easier to off load. In the meantime, I was chatting to the lady on the counter, and she said they had over 200 books and 250 DVDs brought in, the latter of which were all out and had filled their almost empty shelves, not to mention their inventory books. I told her that was us and she said it was terrific of us to give them so much.
When Hubby was parked up, I went out to help and explain what was in the boxes this time. Not only bric a brac, but unused towels and bed linens, duvets, pictures, some electric items, crockery, mirrors and a mass of picture frames because to save space, we’d taken the photos out.
In their small  storeroom, you could hardly move for boxes, most of which had been in our shipping container yesterday.
Once again, they were over the moon with our generosity, though we didn’t really see it like that as we couldn’t take it with us and they were actually doing us a favour!

We like dogs. We were happy to donate to a charity that will benefit a cause we believe in, and hope they make a lot of money.

We are now back in the B&B, flaked out on the bed having had yet another bath (wonderful). Neither of us mind getting dirty, we just don’t like BEING dirty, especially when we are sleeping in someone else’s sheets.
Both cars are fully loaded, with room for the driver only in one, and driver and dog in the other.
Only one thing couldn’t be fitted in no matter how hard we tried, and that was our heavy duty sack trolley.
We left it in the container with a note on it:

‘With our compliments…….. it was the only thing that didn’t fit!’ 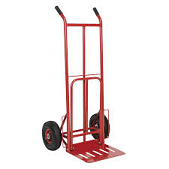 I am a retired number cruncher with a vivid imagination and wacky sense of humour which extends to short stories and poetry. I love to cook and am a bit of a dog whisperer as I get on better with them than people sometimes! We have recently lost our beloved dog Maggie who adopted us as a 7 week old pup in March 2005. We decided to have a photo put on canvas as we had for her predecessor Barney, and now have three pictures of our fur babies on the wall as we found a snapshot of my GSD so had hers done too. From 2014 to 2017 'Home' was a 41 foot narrow boat where we made strong friendships both on and off the water. We were close to nature enjoying swan and duck families for neighbours, and it was a fascinating chapter in our lives. We now reside in a small bungalow on the Lincolnshire coast where we have forged new friendships and interests.
View all posts by pensitivity101 →
This entry was posted in diary, home, house sale, My life, Opinions and tagged attitude, charity, packing, shipping container. Bookmark the permalink.

6 Responses to A container for charity