I never did worry about the little things

This is actually a quote from the 1993  film The Assassin (aka Point of No Return) starring Bridget Fonda, Anne Bancroft and Gabriel Byrne.
This particular post is nothing to do with hired professional killers though. 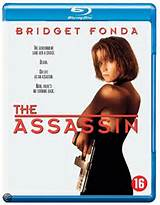 (In the UK this was an 18 certificate movie)

One of my very earliest posts was about spiders.
Today as I sat in the car whilst Hubby went inside the shop to get us both a sugar fix,  I watched in fascination a tiny money spider walking along the top rim of the open window .

Every so often, it would raise it’s abdomen, and then continue on its journey. When it got to the end of the glass, it did a kind of bungee jump before swinging back onto the window and working its way along the way it had just come.
Half way across, it stopped, raised its backside two or three times, then turned round and headed towards the edge of the door again.

I’m a bit slow on the uptake sometimes, so it took a little while to realize it was spinning a web, and it wasn’t until Hubby came back and we reversed out of the parking space that I could see the delicate strands of its efforts, the foundations for a full intricate web.

I am not a fan of spiders, but at least I don’t have a panic attack at the sight of a little one now.
On our early morning walks, we have seen hedgerows, trees, moss and gorse adorned with webs bejeweled by dew.

Nature’s diamonds.
Like the finest and daintiest lace, each is a work of art.
Individual, Beautiful and Unique.

I am a retired number cruncher with a vivid imagination and wacky sense of humour which extends to short stories and poetry. I love to cook and am a bit of a dog whisperer as I get on better with them than people sometimes! We have an elderly dog called Maggie who adopted us as a 7 week old pup in March 2005. From 2014 to 2017 'Home' was a 41 foot narrow boat where we made strong friendships both on and off the water. We were close to nature enjoying swan and duck families for neighbours, and it was a fascinating chapter in our lives. We now reside in a small bungalow on the Lincolnshire coast where we have forged new friendships and interests.
View all posts by pensitivity101 →
This entry was posted in fears and phobias, film/tv/book, nature, observations and tagged beauty, diamonds, spiders, webs. Bookmark the permalink.