Well, actually it’s not for a few weeks, but I was reading a post the other day about birthdays and what they mean for some people.
As a young child, it meant a party (6 boys and 6 girls plus Sis and me) with games, fruit and jelly in those pretty little waxed dishes, cute triangle sandwiches, chocolate fingers, a special cake and a lot of fun.

In my teens though, I choose the main meal of the day, we’d have a special dessert, but there’d be no party, and actually, I didn’t mind.
Come 1974, I was looking forward to my coming of age, being allowed to vote, and being classed as a adult instead of a gawky kid.

Sadly, my grandfather died a few months before and it went by as more or less a normal day.
My 21st was also a bit of a let down. I was getting married that year and husband-to-be gave me a box of chocolates. Not a problem, except they had Happy Easter (early April)  on the wrapper, and he’d got them for £1 (I found the reduced sticker on the bottom) .
I celebrated my 25th with divorce, but my 30th was OK as I was in a new relationship.
My brother sent me flowers via Interflora 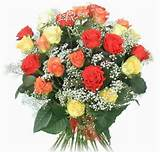 and the man of the moment took me out for a meal (after a darts match so all the restaurants were closed and we ended up with a burger from the hole in the wall) .

I have never been worried about my age as the years have progressed, even if they are going by faster now than I ever thought possible. Bus conductors assumed I was a full fare as a child because of my height, but in later years I’ve been told I don’t look my age, so I suppose in a way it’s balanced out a bit.

I had however always looked forward to being 40.
For the first time ever as an adult, I intended to celebrate with a party to mark this particular milestone. Our house at the time was way too small to accommodate another person let alone a few dozen, so I was thinking along the lines of hiring a hall and roping in the family to help with the catering as I had done so many times for them (Sis had a big 18th, 21st, and 40th) .
It didn’t happen.
My Dad was taken into hospital, though it was several hours before anyone let me know. Hubby had arranged a helicopter ride the weekend before my birthday, so I took photos as we flew over the hospital. I got them developed overnight and shared them with my Dad when I visited that week. He was full of coming home, but the following day, he had a massive heart attack and never regained consciousness.
I spent my 40th taking my cake into the ICU and sharing it with the nursing staff.
It was not an unhappy day, just different.
Dad died the day after my birthday. I didn’t open my parents gift until the following month, a collectors Teddy Bear book which to me is so very precious.
We moved house, my brother and his family emigrated to NZ, and so at the end of June we had an amalgamated house party for my 40th, our move and their send off.
It was the last time I ‘looked forward’ to anything to do with age.

When my 50th was approaching, I didn’t want a party (Sis had one for hers and her 60th a few years ago, and no doubt will celebrate her 65th, 70th and however many others as they come along) , but Hubby took me out for a very posh meal (I had to wear a frock) and bought me a fabulous silver bracelet. 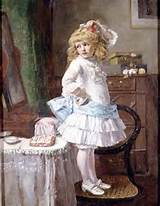 We actually celebrated my birthday and our wedding anniversary for an entire week. Terrific stuff!

In a couple of years, I’ll be 60, an in-limbo pensioner since the UK government has moved the goalposts for retirement age and I now have to wait until I’m 66 before I qualify as a Wrinkly, I mean senior citizen.

Age is a funny thing, some people get really hung up about it, others just take it in their stride.
Hubby says he’ll continue to act his shoe size.
My Dad used to joke that he felt like a 21 year old. My Mum told him he couldn’t have one.

I am a retired number cruncher with a vivid imagination and wacky sense of humour which extends to short stories and poetry. I love to cook and am a bit of a dog whisperer as I get on better with them than people sometimes! We have recently lost our beloved dog Maggie who adopted us as a 7 week old pup in March 2005. We decided to have a photo put on canvas as we had for her predecessor Barney, and now have three pictures of our fur babies on the wall as we found a snapshot of my GSD so had hers done too. From 2014 to 2017 'Home' was a 41 foot narrow boat where we made strong friendships both on and off the water. We were close to nature enjoying swan and duck families for neighbours, and it was a fascinating chapter in our lives. We now reside in a small bungalow on the Lincolnshire coast where we have forged new friendships and interests.
View all posts by pensitivity101 →
This entry was posted in food, Friend and Family, games, Memories, My life, Opinions, Relationships, Uncategorized and tagged age, birthdays, celebrations, family, humour, parties. Bookmark the permalink.

2 Responses to It’s my birthday