Sounds of the Day

One thing guaranteed to make me smile is the sound of children laughing. Not forced Hahahas, but genuine giggles. It has a magical ring and cannot fail to put me in a good mood.
Sound is all around us but I find Noise intrusive, unpleasant and annoying.
I have an acute ear for music, insomuch as I can pick up a melody and transfer it to a keyboard with my own interpretation. If I could not hear, I don’t think I would be another Beethoven, though I did once work out the notes in my head for Memory (Elaine Page) .
By the time I got to a piano some weeks later, it was ‘note perfect’, albeit in the wrong key, though I never mastered the dramatic key change for the last verse.
Sadly I have been unable to produce music to the extent I once did, but that is more down to arthritis in my hands than a problem with my hearing.
Saying that, the music of today is, for the vast part, awful in my opinion. Rap is misspelt and as for all these expletives that have replaced lyrics, neither are music in my book. In fact, there are so few new songs being written, everyone is doing cover versions of the old popular favourites. I heard on the radio this week that Sam Bailey, last year’s UK X Factor winner, is almost surely to take the Number One album spot this weekend with her debut album The Power of Love, which is a collection of cover versions, though I believe there are 2 original tracks included.

I often wonder if those idiots who drive with their CD players at full volume realise the potential damage they are doing to their hearing.
Hubby suffers from Tinnitus, which in recent years with our change in lifestyle has diminished, though there is no cure. The constant buzz or whistling in his ears used to drive him to distraction and keep him awake at night. Most of the time now it is hardly noticeable but a certain pitch of sound will have him covering his ears as it shoots right through him. Think fingernails scraping on a blackboard and enhance it a hundredfold. Not nice.

I remember the comedy sketches with the old fashioned ear trumpets and the elderly relatives.
I certainly recall many from my childhood, but cannot remember them using one of these as a hearing aid. My great grandmother was deaf in one ear, and I could never remember which one, so she’d ask me to speak up two or three times, and then with a turn of her head tell me not to shout!
There are times when I cannot understand what people are saying, mainly due to their accents, and despite my good ear for music, I am hopeless at local dialects and foreign languages.

If I have to get up in the early hours, I often hear owls in the distance. In the summer months, the dawn chorus, even at 4am, is better than any alarm clock, and on our walks we hear so many different sounds, some man-made, but most are of nature. My favourites are the babbling of water in the brooks, gentle rustlings in the trees, humming of the woodland bees and of course the variety of birdsong.

Two classic films come to mind regarding hearing: Children of a Lesser God (1986) and The Miracle Worker (1962). The latter was remade twice for television, the 1979 version starring Patty Duke (Helen Keller in the original) as Anne Sullivan, which was Anne Bancroft’s role in 1962. 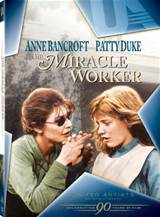 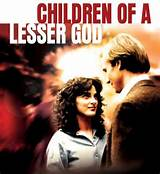 I am a retired number cruncher with a vivid imagination and wacky sense of humour which extends to short stories and poetry. I love to cook and am a bit of a dog whisperer as I get on better with them than people sometimes! We have recently lost our beloved dog Maggie who adopted us as a 7 week old pup in March 2005. We decided to have a photo put on canvas as we had for her predecessor Barney, and now have three pictures of our fur babies on the wall as we found a snapshot of my GSD so had hers done too. From 2014 to 2017 'Home' was a 41 foot narrow boat where we made strong friendships both on and off the water. We were close to nature enjoying swan and duck families for neighbours, and it was a fascinating chapter in our lives. We now reside in a small bungalow on the Lincolnshire coast where we have forged new friendships and interests.
View all posts by pensitivity101 →
This entry was posted in film/tv/book, music, My life, nature, Sense and tagged films, hearing, laughter, music, silence, sound, tinnitis. Bookmark the permalink.

1 Response to Sounds of the Day