One Saturday morning we invited Hubby’s Mum and Dad to join us at a car boot sale.
Neither had been to one before, but Dad had heard a lot about them and was keen to see why they were so popular.
The first ones we’d gone to were made up of people who had emptied cupboards, garages and sheds and had a lot of unwanted stuff to sell for a few pounds. As ‘car boots’ became more popular, the Traders joined in, and at some, it was more of a carnival atmosphere with children’s rides, bouncy castles and umpteen food wagons and ice cream vans. It’s a good money spinner over here.

We arrived just after 9, and were lucky enough to find a parking space near the entrance.
This particular car boot was quite big but no traders were allowed. We were looking for a few things to put in our first house, but didn’t have a lot of spare money.
Dad went with Hubby, and Mum came with me. She looked at a lot of the stuff on offer and grimaced. Many had been ‘car booter ransacked’, and if you wanted anything, you had to more or less dive in. I was after an Ali Baba laundry basket and some serving spoons. We’d learned to our cost that buying anything electrical at one of these was not a good idea, so the iron and vacuum cleaner would be purchased elsewhere.

I saw exactly what I wanted and made a bee line for it. Mum trotted along behind me.
The price was marked up at £10. I offered £3, and the woman said no. I asked how much she’d let it go for, and as she wasn’t prepared to drop, I moved on.
Mum was confused and said she would have happily given me the money, so I explained to her that that wasn’t the point. I didn’t mind paying a fair price, but felt that £10 was not a fair price for that particular basket.
Mum still wasn’t happy, especially as she was used to seeing something she wanted, being told the price, and handing over the cash without argument.
She was also used to buying everything new.
I saw another basket, and went over to chat to the woman selling it, checking it out as I did so. She had lots of other little things for sale, and I quite liked a tiny ceramic hedgehog (something else I have a small collection of)  which she let me have for 20p. Her basket wasn’t in that good a condition, so I didn’t mention it and moved along.

Eventually, I found one that was almost new and asked how much they wanted for it. The woman tentatively said £5, so sensing a bargain, I offered £2, being prepared to go as high as £4. Mum was frantically waving a five pound note at me, so I had to flap her away before she paid for it!
Half the fun at car boots is the haggling. Hubby and I love to haggle. Mum was unfortunately both embarrassed and bewildered by my haggling over a couple of quid. I tried to explain that it was nearly always expected and again that I would pay a fair price if I saw something I liked or wanted.

I saw Hubby and Dad over in the next row, and attracted their attention. Hubby was haggling for something with a male seller. The woman saw our hand signal exchange, and rather than lose her sale, said I could have her basket for £3. I happily paid her the money, and walked off towards Hubby hugging the basket to my chest. I was just in time to stop him buying its twin which he’d managed to get knocked down to £3.50! 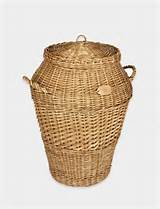 Success, and it lasted for 4 years!

Over a cup of tea, Dad said he’d found the whole experience fascinating, amusing, and fun. Mum found it not only tiring, but frustrating, embarrassing and no fun at all.

However, saying that, she discovered that I don’t waste money, have an eye for a bargain, and won’t be talked into doing something I don’t want to.

I am a retired number cruncher with a vivid imagination and wacky sense of humour which extends to short stories and poetry. I love to cook and am a bit of a dog whisperer as I get on better with them than people sometimes! In November 2020, we lost our beloved Maggie who adopted us as a 7 week old pup in March 2005. We decided to have a photo put on canvas as we had for her predecessor Barney. We now have three pictures of our fur babies on the wall as we found a snapshot of Kizzy, my GSD when Hubby and I first met so had hers done too. On February 24th 2022 we were blessed to find Maya, a 13 week old GSD pup who has made her own place in our hearts. You can follow our training methods, photos and her growth in my blog posts. From 2014 to 2017 'Home' was a 41 foot narrow boat where we made strong friendships both on and off the water. We were close to nature enjoying swan and duck families for neighbours, and it was a fascinating chapter in our lives. We now reside in a small bungalow on the Lincolnshire coast where we have forged new friendships and interests.
View all posts by pensitivity101 →
This entry was posted in budgets, food, Friend and Family, Frugality, humour, My life, Opinions, Uncategorized and tagged bargains, experience, fun, haggling, in laws, sales. Bookmark the permalink.
Loading Comments...
%d bloggers like this: