Hubby had to get his glasses repaired today, and as I sat in the car waiting, I people watched again. With interesting results.
So interesting, well to me anyway, I thought it worth another post.

A double or identical replica of a person. The concept revolves around the belief that everyone has a doppleganger, an identical copy of themselves somewhere in the world. If the person is good then the doppleganger will be evil and vice versa. It is even said that if the two should meet then they will both perish.

Well I don’t know about the perishing bit, but apparently there were 2 girls who looked like me in my home town (poor souls) to such an extent, that even my mother had to look twice!
So today, I was surprised at the number of ‘celebrities’ that passed by in front of me going about their routine business of shopping, going to the bank or meeting up with friends.

The first guy to attract my attention was particularly good in The Shawshank Redemption and Mission to Mars, though what he was doing coming out of the Pound shop is anyone’s guess.

Sister Act, The Colour Purple and Ghost made my next ‘guest’ a superstar. I didn’t realise she had an account at the same bank as me.

One of my favourite Sci-fi films from the 80s was Cocoon. Wilford Brimley hasn’t changed very much in nearly 30 years. He was walking down the road arm in arm with his wife, and they seemed very happy.

Pushing a pram with a young baby inside and chatting to a teenager, was none other than Rosie O’Donnell. She was brilliant as Betty in The Flintstones,  and played the part of Meg Ryan’s friend in Sleepless in Seattle. She was obviously still on maternity leave. 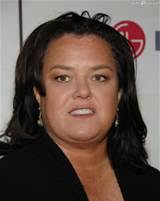 Finally, I saw The President of the USA as depicted in Dave.
Another favourite film of mine, but sadly I wore the video out and have yet to replace it with a DVD copy. Whenever I hear ‘Tomorrow’ from Annie, I always think of him and Sigourney Weaver (I didn’t see her today I’m afraid) . 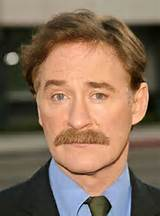 A few years ago I was almost knocked over by this gentleman as he came out of the bakers. He was actually starring in a stage play in the city, so was the real macoy.

I did see another familiar face, but as far as I know he doesn’t have a doppleganger.
It was the Man in the Window, only his hair was no longer standing upright but flattened against his scalp. I’m afraid I could still see the tide mark.

Note:
If you want to take Doppleganger to another level, check out Jet Li in the 2001 film The One.

I am a retired number cruncher with a vivid imagination and wacky sense of humour which extends to short stories and poetry. I love to cook and am a bit of a dog whisperer as I get on better with them than people sometimes! We have an elderly dog called Maggie who adopted us as a 7 week old pup in March 2005. From 2014 to 2017 'Home' was a 41 foot narrow boat where we made strong friendships both on and off the water. We were close to nature enjoying swan and duck families for neighbours, and it was a fascinating chapter in our lives. We now reside in a small bungalow on the Lincolnshire coast where we have forged new friendships and interests.
View all posts by pensitivity101 →
This entry was posted in fiction, film/tv/book, humour, Opinions, Uncategorized and tagged celebrities, films, lookalike, people watching. Bookmark the permalink.