We tuned in to a live radio concert one evening last week, and it was like transporting me back 20 odd years. 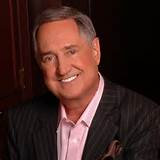 It is hard to believe this American singer, composer and pianist is 74 (dob 13 03 1939) . He was belting out the old favourites from my childhood with the same gusto and enthusiasm as when Hubby and I went to see him in concert at The Arts Centre in Poole in the early 90s.

The company I worked for had a sports and social club, and sometimes complimentary tickets were made available to local businesses for such events.

He was amazing then, as he was last week on the radio.

I had a copy of “I go Ape”, a single that reached number 9 in the UK charts, but that probably belonged to my brother as I was only 2 or 3 at the time of its release.
Oh Carol, Breaking Up is Hard to do, One Way Ticket to the Blues, Little Devil, Happy Birthday Sweet Sixteen were all records I grew up with, and hearing them all again, I found myself singing along as I could remember most of the words.

He wrote some classic ballads, including Solitaire (recorded by Andy Williams and The Carpenters), The Tra La Days are Over, The Hungry Years, Laughter in the Rain, but the song that has stayed with me since last week’s broadcast was “Going Nowhere”.
He gave it everything and it is still, in my opinion, one of the most powerful ballads of our era.

With David Bowie and Rod Stewart making comebacks in the charts, and Sirs Cliff and Elton John still going strong, I am hoping there will be a revival of Neil Sedaka’s music. 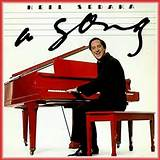 I am a retired number cruncher with a vivid imagination and wacky sense of humour which extends to short stories and poetry. I love to cook and am a bit of a dog whisperer as I get on better with them than people sometimes! In November 2020, we lost our beloved Maggie who adopted us as a 7 week old pup in March 2005. We decided to have a photo put on canvas as we had for her predecessor Barney. We now have three pictures of our fur babies on the wall as we found a snapshot of Kizzy, my GSD when Hubby and I first met so had hers done too. On February 24th 2022 we were blessed to find Maya, a 13 week old GSD pup who has made her own place in our hearts. You can follow our training methods, photos and her growth in my blog posts. From 2014 to 2017 'Home' was a 41 foot narrow boat where we made strong friendships both on and off the water. We were close to nature enjoying swan and duck families for neighbours, and it was a fascinating chapter in our lives. We now reside in a small bungalow on the Lincolnshire coast where we have forged new friendships and interests.
View all posts by pensitivity101 →
This entry was posted in Just a thought, music, My life, Opinions, Uncategorized and tagged ballads, Going Nowhere, in concert, musician, recognition, Solitaire. Bookmark the permalink.
Loading Comments...
%d bloggers like this: