The Eyes Have It

I read an article in my reader by NOTQUITEOLD dated Feb 18 about Style Rules.
It set my mind off on my tangent line, and I’ve come up with this (so thank you) .

“Eyes are the windows to the soul.”

AskJeeves (ref dailybibleplan)
This saying stems from a passage in the Bible, Matthew 6:22-23.
A form of this quote has been traced back to Cicero who lived from the year 106 B.C. until 43 B.C. Many different poets have used this proverb including William Shakespeare.
Basically, by looking deeply into a person’s eyes, you can tell who they really are on the inside.

MailOnline:
The eyes really are a window to the soul, according to scientists.
Patterns in the iris can give an indication of whether we are warm and trusting or neurotic and impulsive, research has found.

I’m aiming higher, going High Brow if you like.  About half an inch. To Eyebrows.
There are umpteen articles available on how to achieve the perfect eyebrow for us gals. Tweaking, bleaching and tweezing is usually the norm, but some use a professional service to have them removed and then painted on (I honestly have no idea why).
I can’t remember the last time I plucked or shaped mine. Looking in the mirror these days, there doesn’t seem to be that many left, and what are there are grey whispy things anyway. I suppose it’s possible that all my years of wearing glasses has worn them away.

My Dad told me never to trust anyone, male or female, whose eyebrows met in the middle. The few people I had contact with who had this facial feature were indeed an untrustworthy bunch.
But when you come to think about it, there are an awful lot of famous ‘bushies’ out there, so I thought I’d put a few together.

Eyebrows can act. You only have to look at any Marilyn Monroe film and those arched beauties are saying way more than the lines coming out of her mouth.

And who can ignore the questioning brows of Mr Spock and our retired 007? 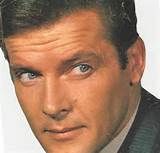 Now, one of the loveliest and natural actresses of our time has to be Ingrid Bergman. I read that producers believed her brows were too thick, but she refused to pluck them. Good for her I say!

And one of the worst of all time?

Yeah, a former Chancellor of the Exchequer, Custodian of the Red Box, a lying politician. (Note, his meet).

But finally, 2 of my favourites.  One so endearing, he makes you want to weep,

and the other, well, there’s not much you can say about him.

I am a retired number cruncher with a vivid imagination and wacky sense of humour which extends to short stories and poetry. I love to cook and am a bit of a dog whisperer as I get on better with them than people sometimes! In November 2020, we lost our beloved Maggie who adopted us as a 7 week old pup in March 2005. We decided to have a photo put on canvas as we had for her predecessor Barney. We now have three pictures of our fur babies on the wall as we found a snapshot of Kizzy, my GSD when Hubby and I first met so had hers done too. On February 24th 2022 we were blessed to find Maya, a 13 week old GSD pup who has made her own place in our hearts. You can follow our training methods, photos and her growth in my blog posts. From 2014 to 2017 'Home' was a 41 foot narrow boat where we made strong friendships both on and off the water. We were close to nature enjoying swan and duck families for neighbours, and it was a fascinating chapter in our lives. We now reside in a small bungalow on the Lincolnshire coast where we have forged new friendships and interests.
View all posts by pensitivity101 →
This entry was posted in film/tv/book, humour, Just a thought, My life, Opinions, Uncategorized and tagged actors, actresses, beauty, face, facial features, films. Bookmark the permalink.

1 Response to The Eyes Have It