There’s a lot of truth in that actually. If you really think about it, there are only 7 notes in an octave (8 if you go, say, C to C) , but if you include the black notes, you can add another 5, and a full size piano keyboard has 88 keys.

I have no idea what the number of combinations are (if someone knows, I’d be interested) but eventually things will go full circle and people will be playing or listening to the same old tune, be it in another key or at a different tempo years into the future.

This was mentioned on the radio a short while ago, when it was said that song writers and musicians were running out of new ideas for melodies. I’ve thought for years that there is really only one tune and that notes are just played in a different sequence. Classic TV was when Eric Morecambe told Andre Previn in 1971 that he was playing all the right notes of Grieg’s Piano Concerto, but not necessarily in the right order. 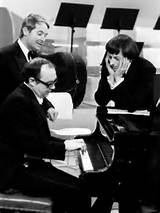 What has triggered this post is the record that was playing on the radio when I tuned in on Tuesday morning, Kraftwerk’s Computer Love (1981) . It sounded familiar, but you know what it’s like when you’re half asleep, you can’t quite get to grips with a melody to identify it. Obviously the radio programmers thought the same, as the record that followed was indeed the one I’d been racking my brain for, and that was Cold Play’s Talk (2005) . This was taken up on the same show today (Wednesday) , but not in the way I have.

In the 80s, “The Stars on 45s” had a variety of extended-play hits recreating popular music of the 60s as well as Abba and Beatles songs. These were tied together by the beat, and if a DJ got the beat right at a disco, the dance floor was never empty. I was younger and fitter then and could keep up with most of them practically all night.
Hooked on Classics shortly followed, but these were all Symphony Orchestrated versions of our modern classical songs such as Bohemian Rhapsody and Nights in White Satin, and not the classical composers such as Chopin or Beethoven, though “Mozart 40” was an absolute smash hit in 1971.

Many popular artists have hits with a certain formula. They stick with it because ‘it works’ but the result is most of their music sounds the same, so you could listen to an album and think it consisted of just one track that went on for almost an hour.
I like a variety of music, much of what I listen to is determined by my mood. Someone put together a mix of The Police ‘Every BreathYou Take’ and Snow Patrol’s ‘Chasing Cars’. They called it Every Car you Chase and it was brilliant. I don’t know if it was ever available to buy or made the charts.

But there are blatant ripoffs under the guise of modern hits that must come pretty close to breaking copyright.
I’m thinking Robbie Williams ‘Millenium’ borrowing a few bars from Bond’s ‘You Only Live Twice’, and Madonna’s ‘Stuck on You’ pinching the intro from Abba’s ‘Gimme Gimme Gimme (a Man After Midnight)’ to name just two.
But the ultimate has to be George Harrison’s My Sweet Lord (1970), and The Chiffons ‘He’s so Fine’ (1963).

George Harrison was sued for his song My Sweet Lord for allegedly infringing the copyright on the song He’s So Fine composed by Ronald Mack and performed by The Chiffons. The copyright was assigned to Bright Tunes Music Corp.

The court in Bright Tunes Music Corp. v. Harrisongs Music, Ltd., 420 F.Supp. 177 (1976), concluded that George Harrison had indeed infringed upon the copyright of He’s So Fine .

So the next time you hear a new tune that is oddly familiar, that’s probably because it is, under a different name, artist or arrangement. Same notes, different order, but music nonetheless (well mostly, I’m afraid in my book Rap doesn’t count) . 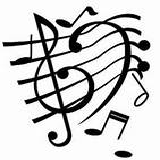 I am a retired number cruncher with a vivid imagination and wacky sense of humour which extends to short stories and poetry. I love to cook and am a bit of a dog whisperer as I get on better with them than people sometimes! We have recently lost our beloved dog Maggie who adopted us as a 7 week old pup in March 2005. We decided to have a photo put on canvas as we had for her predecessor Barney, and now have three pictures of our fur babies on the wall as we found a snapshot of my GSD so had hers done too. From 2014 to 2017 'Home' was a 41 foot narrow boat where we made strong friendships both on and off the water. We were close to nature enjoying swan and duck families for neighbours, and it was a fascinating chapter in our lives. We now reside in a small bungalow on the Lincolnshire coast where we have forged new friendships and interests.
View all posts by pensitivity101 →
This entry was posted in Just a thought, My life, Opinions, Uncategorized and tagged artists, charts, classic TV, entertainment, music, records, recycling. Bookmark the permalink.