Well, that was January.

As we come out of the Chinese Year of the Snake and enter the Year of the Horse, what does February have to offer us?

The February birthstone is the Amethyst
The February birth month flower is the Primrose or Violet
The star sign Aquarius is the eleventh sign of the zodiac and covers 20th Jan to 18th Feb, with the final sign, Pisces, covering 19th Feb to 20th March.

On a personal note, the only significant thing to happen in February was in 1978 when I passed my driving test first time. Incidentally, that was also a Year of the Horse. 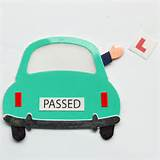 According to the Express:
February has 2 anagrams: Bare Fury (if you’re feeling angry) or Bury Fear (if you’re brave) .
Also,
February is the only month that can pass without a full moon. This last happened in 1999 and will happen again in 2018.

The most obvious thing this month though is probably Valentine’s Day on February 14th .

But did you know that February is also the Chocolate Lovers month? (Visions of boy/girlfriends, husbands, wives or partners either covered in chocolate or confectionery images come to mind for some of you no doubt, you cheeky lot!)
Hubby loves chocolate, and according to the internet, there are various days throughout the year that are dedicated to Chocolate Food Holidays. There’s even a chocoholic calendar. It makes interesting (and drooling) reading, especially as recipes are also available.
My birthday is apparently Nutty Fudge Day and Hubby’s is Bittersweet Chocolate with Almonds Day. I guess then that we are chocably compatible because we’re both nuts.

But my favourite though has to be December 16, which is Chocolate Covered Anything Day.

As if we’d need an excuse.

I am a retired number cruncher with a vivid imagination and wacky sense of humour which extends to short stories and poetry. I love to cook and am a bit of a dog whisperer as I get on better with them than people sometimes! In November 2020, we lost our beloved Maggie who adopted us as a 7 week old pup in March 2005. We decided to have a photo put on canvas as we had for her predecessor Barney. We now have three pictures of our fur babies on the wall as we found a snapshot of Kizzy, my GSD when Hubby and I first met so had hers done too. On February 24th 2022 we were blessed to find Maya, a 13 week old GSD pup who has made her own place in our hearts. You can follow our training methods, photos and her growth in my blog posts. From 2014 to 2017 'Home' was a 41 foot narrow boat where we made strong friendships both on and off the water. We were close to nature enjoying swan and duck families for neighbours, and it was a fascinating chapter in our lives. We now reside in a small bungalow on the Lincolnshire coast where we have forged new friendships and interests.
View all posts by pensitivity101 →
This entry was posted in food, humour, Just a thought and tagged calendar, chocolate, February birthstone, Valentine's Day. Bookmark the permalink.

1 Response to Well, that was January.