The Army was founded in 1865, and today the organization reports worldwide membership of over 1.5 million, consisting of soldiers, officers and adherents known as Salvationists. Its founders Catherine and William Booth sought to bring salvation to the poor, destitute and hungry by meeting both their “physical and spiritual needs”. It has a presence in 126 countries, running charity shops, operating shelters for the homeless, and providing disaster relief and humanitarian aid to developing countries.

I used to look forward to Sunday mornings on our council estate. It meant that the Salvation Army Band would come and play in our street, filling the air with that unique sound of brass. I knew all the tunes, but not necessarily the words, yet that didn’t stop me singing or humming along as I listened from my bedroom window. I didn’t understand what it was all about then.

Hymns have changed over the years, and at the last wedding I attended, I didn’t know any at all, which was a shame as I love to sing. Familiar favourites are now set to different tunes, and for me they don’t have the same impact I remember because the phrasing has been changed to fit.

This morning, the radio had a Salvation Army Band in the studio, and at this time of year, there are small groups of such players to be found in shopping malls, pedestrian precincts, supermarket foyers and Remembrance Gardens, playing the hymns and carols of yesteryear, which transport me back to my childhood.

I used to work with a girl who played in a Salvation Army Band. The way she described her role suggested one of the lead instruments, but as it turned out, she was a tambourine shaker, ribbons and all. She gave us a demonstration once which was all very flourishing and rhythmic, but actually quite impressive!

She was always stressing the importance of Christianity though, and whilst I may not be a religious person, I certainly don’t knock anyone’s faith or beliefs. I also believe you don’t need to go to church to pray, and just because you don’t go to church, doesn’t mean that you’re not a Christian.

On Market Days in town, we see a presence of the Salvation Army, and whatever small change I have in my purse goes in their bucket. We have become chatty with them over the years, and learned that one gentleman we’d come to know but hadn’t seen for a while has recently celebrated his 102nd birthday. He still likes to do his bit, though now it’s only on warm sunny days and he sits on his mobility scooter rather than stand by his designated post (there is always someone with him now) . What is also nice is that this particular lamp post is actually outside a cake shop and the girls bring him cups of tea and the occasional bun free of charge. He’s a real sweetheart.

It’s not unusual to find a charity bag posted through our letter box once in a while for donations of clothing, shoes or anything that can be passed on or sold in one of their shops or other outlets. We have a huge metal tank collection point in the village and there’s a large second hand furniture warehouse in town. They give help and support to families who have lost everything in a flood or fire, and their familiar symbols are a sign of hope to many in any language, be it the Shield, Standard or Crest. 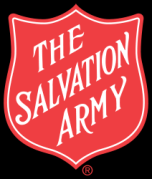 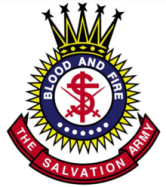 So the next time you hear one of their brass bands play in the street, enjoy the music, count your blessings, and if you can spare a few coppers, put it in their buckets. You never know, they may be helping you one day in the future.

I am a retired number cruncher with a vivid imagination and wacky sense of humour which extends to short stories and poetry. I love to cook and am a bit of a dog whisperer as I get on better with them than people sometimes! We have recently lost our beloved dog Maggie who adopted us as a 7 week old pup in March 2005. We decided to have a photo put on canvas as we had for her predecessor Barney, and now have three pictures of our fur babies on the wall as we found a snapshot of my GSD so had hers done too. From 2014 to 2017 'Home' was a 41 foot narrow boat where we made strong friendships both on and off the water. We were close to nature enjoying swan and duck families for neighbours, and it was a fascinating chapter in our lives. We now reside in a small bungalow on the Lincolnshire coast where we have forged new friendships and interests.
View all posts by pensitivity101 →
This entry was posted in Friend and Family, Memories, My life, Opinions, Uncategorized and tagged charity, childhood, Christianity, christmas, hymns, market days, Poverty, Salvation Army, Salvation Army brass band, United States, William Booth. Bookmark the permalink.
Loading Comments...
Comment
×
%d bloggers like this: